In her interview with the daily, Al-Radwan revealed the decline in the number of donors during Ramadan has been taken in to consideration as “we built strategic blood reserve before Ramadan.” She said the general stock and reserve increased to 1,500 bags compared to 100 bags last year; while confirming the provision of an electronic database of donors – around 6,000 to 7,000 donors – including the rare blood groups.

Meanwhile, the Ministry of Health did not cancel the health insurance contract for students under scholarship in Britain, reports Al-Rai daily quoting sources. Sources told the daily that the Health Office in London informed the students through its website that if the students need health care, they can consult the family doctor or NHS hospitals affiliated to the Department of Health in the United Kingdom for free.

Sources affirmed the supervisory bodies have agreed to renew the health insurance contract for Public Medicine and Dentistry students, stressing Kuwait’s Ministry of Health to provide the best health care for students enrolled in universities abroad.

Sources said the students are entitled to health care as long as they live in the United Kingdom like the British citizens and insurance for private hospitals. Sources added the supervisory bodies reached an agreement to renew the insurance contract. 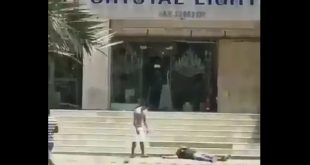