KUWAIT CITY, March 13: The Central Bank of Kuwait (CBK) joined on Sunday the Arabian Gulf System for Financial Automated Quick Payment Transfer (Afaq) which was set up in December last year. Governor of the Central Bank of Kuwait (CBK) Dr Mohammad Al-Hashel said in a press statement that the move comes as part of CBK’s ongoing efforts towards developing the cross-border payment systems in Kuwait and adopting the latest technologies into retail payment systems.

He pointed out that AFAQ is also a joint regional payments platform that aims to implement remittances in GCC local and other currencies in a short time and at low costs in a safe and stable environment. An immediate procedure of inter-GCC transfers can be carried out, including total settlement, he added. (KUNA) 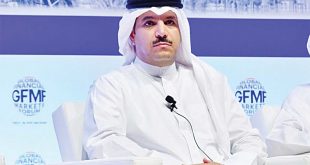