The 45 medical centers which include Massachusetts General Hospital in Boston, MD Anderson in Houston and others — have worked unsuccessfully on their own and through the State Department to recoup payment for specialized cancer, heart, pediatric and other care provided to thousands of people from the Persian Gulf nation, one of the wealthiest in the world.

In June, the facilities banded together in an unprecedented group effort to seek repayment of the $677.4 million debt. In July, they enlisted the aid of a congressman to insert a “Sense of Congress” amendment seeking Kuwaiti repayment into defense authorization legislation.

“U.S. hospitals have provided care in good faith to your government based on your government’s guarantee of payment,” the U.S. Cooperative for International Patient Programs wrote to the Kuwaiti ministers of health, finance and foreign affairs on June 11. “Our members expect payment of these bills in good faith as well.”

Noting the financial damage to hospitals wrought by the covid-19 pandemic, the organization wrote that “with . . . individual hospitals having to bear the burden of maintaining multimillion-dollar balances over multiple years, the current system has become impractical and unsustainable for hospitals across the United States.”

Kuwaiti officials did not respond to calls and an email to the country’s Washington embassy this week.

The State Department said in a statement that “it has raised this issue with the Kuwaiti government and is working to find a resolution.”

As oil prices fell in recent years, Kuwait saw its first budget deficit in a decade in 2015 and announced cuts to fuel subsidies in 2016, according to the CIA’s World Factbook. In January, the country announced it expected a budget deficit of more than $30 billion for the 2020-2021 fiscal year.

But Kuwait continues to pour billions into a sovereign wealth fund that Rep. Jim McGovern (D-Mass.), who is aiding the hospitals’ effort, told Congress is the fifth-largest in the world at $592 billion. In his remarks to Congress, McGovern said, “the Kuwaitis say this matter is pending in their parliament.” 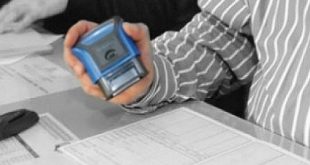