TORONTO, Nov 13, (RTRS): Canada’s equestrian jumping team could lose their spot at the 2020 Tokyo Olympics after one of their riders tested positive for a banned substance, the International Federation for Equestrian Sports (FEI) said on Tuesday.

A sample taken from Nicole Walker, 26, on the day of the team final at the Pan Am Games in August tested positive for Benzoylecgonine, a metabolite of cocaine, FEI said in a statement on its website.

As a result, Walker, who was part of the four-member jumping team that finished fourth in the team event at the Pan Am Games in Lima to secure an Olympic berth for Canada in that event, has been provisionally suspended from the sport by the FEI.

Walker said she does not use illicit drugs and was both shocked and devastated to hear about the positive test.

“Whether in Peru, or in any competition setting for that matter, I am always fully aware of the possibility of being tested and would never expose myself to any substance that could test positive,” Walker said in a statement.

“My Canadian team mates, my team in the barn, our horses and I, have all put a lifetime of effort towards an Olympic goal and I would never do anything to jeopardise that for my team mates or for myself.”

Panam Sports, the organiser of the Pan Am Games, will rule on Walker’s disqualification from the August Games in a separate proceeding from the FEI’s.

Walker has exercised her right to request a hearing before the Panam Sports Disciplinary Commission.

“Once the Disciplinary Commission has made a decision on the disqualification of the athlete, and team Canada’s final placing, the FEI will be in a position to make any necessary reallocation of the Olympic quota place,” the governing body of equestrian sports said in a statement.

According to the Panam Sports Anti-Doping Rules, an anti-doping violation by a member of a team (outside team sports) also leads to disqualification of the result obtained by the team in that competition.

The Canadian show jumping team have voiced their support for Walker, saying there must be an explanation for the positive test. Equestrian Canada (EC) said in a separate statement it will stand by Walker through the process.

“EC is firmly committed to clean sport. We also believe in standing behind our athletes, and fully support Nicole during this challenging situation,” said Equestrian Canada.

“EC will be working closely with Nicole and her legal team as appropriate next steps are determined.”

Between ‘Hanna’ of Central Bank, ‘Mana’ of banks … we lost our beard

The great legacy and the honorable justification 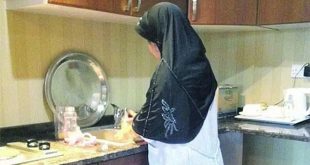