Can Souk Mubarakiya preserve its heritage identity in future?

KUWAIT CITY, June 26: For many years, the old Mubarakiya market has been a destination for visitors to Kuwait, especially those looking for the historic heritage scene that distinguishes this market from the rest of the markets, which are filled with the colors of modernity and fashion. However, an important question in the minds of many shop owners in this market has been — Can Al-Mubarakiya preserve its heritage identity in the future, in light of the increasing demand to change the activities of its heritage shops?, reports Al-Rai daily.

The daily toured Mubarakiya market to obtain the opinions of a number of old shop owners regarding the tendency of some traditional and craft store owners to change their activities in favor of regular activities such as restaurants, cafes and perfume stores, as some of them expressed their fear of loss of Mubarakiya’s heritage identity that attracts tourists from various places, especially the people of the Gulf countries who consider Souk Al-Mubarakiya as one of Kuwait’s landmarks. The shop owners called on the concerned authorities to preserve the old shops and activities in the market from extinction. Fahad Al-Thuwaikh, the owner of a gift and perfume shop, said, “Unfortunately, the Mubarakiya market in recent years has started to lose part of its taste that is known to everyone, especially our brothers in the Gulf countries. They would visit its markets to shop for bisht (traditional coats) and readymade children’s clothes at the cheapest prices. Gulf visitors are considered as a mirror for us, the owners of the shops. When they ask about the heritage shops that have changed their activities, it means the market is already losing its heritage identity.”

At the entrance to Al-Gharabally Street, Uncle Abdullah Al-Tamimi sits on a chair inside his shop that specializes in selling household utensils. He expressed his regret at the level the market has reached in recent years, after the replacement of old shop owners in favor of entrepreneurs who specialized in new activities. Al-Tamimi said, “I cannot blame the owners of old stores who are offered up to KD 40,000 or KD 50,000 to buy their stores as their incomes have become weak. However, the state must intervene here to protect heritage activities if it wants to preserve the identity of the market; otherwise a day will come when even its name — Souk Al-Mubarakiya — will be changed”. Aboud Al-Yamani, an employee of the Al-Qahfiand Al-Aql store, said, “The high rents of the market stores in the recent years have made many store owners opt to sell them to state-supported small and medium-sized enterprises. If you want to see how the activity of the shops is starting to change here in Mubarakiya, you should look at Al-Gharabally Street. Here, the shops used to be dominated by the activity of selling bishts, but now the activity has been replaced by selling perfumes”.

One of the shoppers Mashari Al-Turki said he wished for the state’s support for the owners of heritage shops to preserve their ancient craft activities in order to preserve the identity of the market, which attracts thousands of visitors from both outside and inside Kuwait. Al-Turki indicated that, “Many countries of the world are usually keen to enhance the identity of their old markets, and to show tourists and visitors their cultural identity. Therefore, Kuwait is supposed to protect its heritage identity represented in the Mubarakiya market.” A number of shop owners thanked Sheikha Amthal Al-Ahmad for her efforts to set up shutters and prevent cars from entering the market in 2007. They said they hoped the concerned authorities would devote their efforts in the coming period to preserve the market’s identity. They suggested forming a board of trustees for Souk Al-Mubarakiya from the capital or market merchants to preserve the identity of the heritage market, and to develop proposals that benefit the market’s activities, saying they wish to utilize some of the market squares to establish shops for retired owners of traditional crafts, and rent to them at nominal prices to preserve the old craftsmanship in order to prevent their disappearance

More toilets for heritage mall – Washrooms out of order since long

‘We will not allow heritage buildings to be removed in Mubarakiya’ 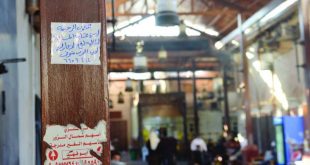 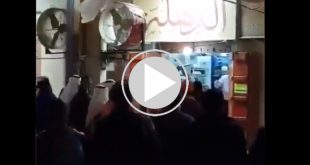 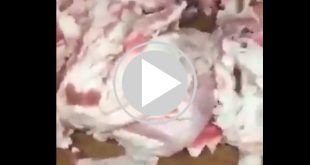