Can my voice be theirs?

A question I have asked myself very often is – Will I be able to tell their stories?

The events happening in their lives seem like movies with many plots, and several possibilities for the end, but without an insight. These are the stories of real people and children happening right now in our world.

During my trips to the refugee camps, I listen to countless accounts, realizing that each person has a unique story to tell.

Marwa is a nine-year-old girl who had to flee her home in the middle of the night with her family and younger siblings. Her father had to carry her siblings, one on each arm. They had to walk for hours until they reached safer grounds.

Born with a disability, walking was even more strenuous for Marwa than others. The moonlight was dim that night, and the darkness around her made her feel very anxious, afraid and dizzy. She tripped on a rock in that mountainous area and fell, rolling down the mountain for 20-30 meters (who knows), resulting in thorns and bruises all over her body. Her mother was just glad that Marwa was still alive when she reached her. Her father now had another load to carry on his shoulders. They had no time to treat her, waiting to do so until they were safe.

Now Marwa is 12, and her trauma still distresses her. She shies away from the world around her, barely communicating with others. Accepting this unfamiliar reality is such a burden on that little soul.

She stays with her family in one of those tarpaulin-covered shelters, which gets really cold during winter time and very hot during summer, as they do not provide any real protection from the elements. And when it rains heavily, it may be a blessing for the dry lands, but for them it is another misfortune. Their shelters fill up with water such that any sleep becomes impossible. The neighbors’ shelter, which is on a slightly higher ground, have to host ten families who seek their help during those rainy days. Many have to stand the entire night as there isn’t enough place for them to lie down. And they face the threat of losing the few belongings they have. Their mattresses, blankets and clothes become drenched with rainwater, which by then would be mixed with wastewater. How can Marwa go outside without any boots? She will end up standing in cold and unclean water that reaches up to her calves.

Bladder and kidney inflammations, skin diseases, and asthma are some of the effects experienced after the heavy rains. The water takes few days to disappear, leaving behind extremely muddy and impassable grounds. Many of their items have to be washed but there is very little water allocated for washing purposes.

Water, which had caused that problem, is also a precious and scarce basic need in these camps. Big trucks deliver drinking water, and they fill the tanks and containers in the camps three times a month. However, when it is rainy, they are not able to deliver this essential commodity. Driving on muddy roads and paths with such heavy load makes them prone to sink. It happened during our efforts to help in this situation. We prepared the roads by spreading sand and gravel on the mud and puddles in order to make them passable but one of the delivery trucks sank and toppled. Luckily the driver was not hurt.

I went to see a neighbor – an elderly man who lives with his family. His grandchild was delivered just ten days before, and he couldn’t control his tears while talking to me. When a man of that age cries, it means he has reached a stage where hope has diminished, an age when retirement and enjoying his last days with his family is the norm. However, he is instead barefoot in a cold and waterlogged shelter. His mattress was raised on a few bricks but it still wasn’t high enough to protect it. A piece of cloth and a toy of the newborn could be seen floating in the sea inside his temporary home.

There must have been so many questions on his mind – Where to go if he leaves this place? Is he too old to start over? Where can he find a real safe haven? What fate is in store for him? Will he face the embarrassment of relying on pittance and handouts again?

Human dignity carries such an important message for all of us. I understood that if we really want to help, we have to seek ways that will not take away their self-respect. Even the children taught me this. While giving out treats to them, a young boy said, “Thank you but I don’t need one. Please give it to my brother”.

Give it to my brother – these words remained in my thoughts for a long time. A little boy who has nothing was ready to not just share but to give all of what he was offered. Based on all he learnt through his innocence and his natural behavior, he practices precisely what we are supposed to practise on a larger scale – giving to our brothers and sisters in humanity.

Sometimes the biggest lessons in life come from the smallest source.

Soumaiya El-Azem, a recipient of the German Order of Merit, is a philanthropist involved in humanitarian activities with Syrian refugees

Share
Previous ‘Kuwait’s Vision 2035’ dream
Next HBO’s ‘GoT’ reaches its end, with one or two shocks left 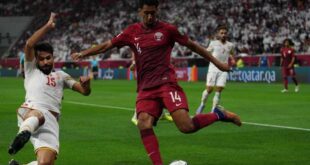 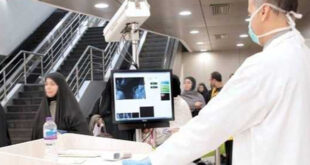 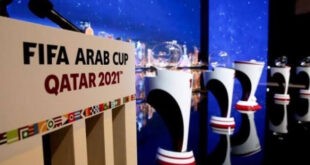 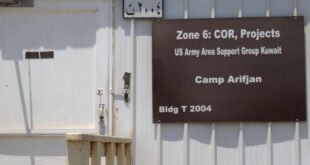 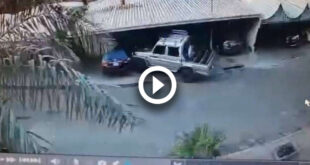