KUWAIT CITY, Dec 8: Since the start of the desert camping season from the middle of last month, thousands of tents are spread throughout the designated camping sites, including those licensed according to the municipality’s instructions. However, the violators who set up camps without complying with the instructions have placed on the municipality an additional burden in terms of pursuing and removing the violating camps, such that an average of 15 camps are removed per day, reports Al-Rai daily. An informed source from the Spring Camps Committee said, “In just three weeks, the committee managed to remove 250 violating camps, which is approximately 80 camps per week, and 10 to 15 camps per day. Part of this was due to the complaints received from the Ministry of Electricity and Water, and the Ministry of Oil, as a large number of the camps were located outside the camping area, and some use the sites for purposes other than what they are designated for”.

Regarding the possibility of placing caravans instead of tents without the need for a license, the source said, “Placing caravans in camping sites is against the regulations and laws. However, if a camp permit is obtained for the purpose, families can only be allowed to place them, but within the specified space, provided that they are not used for gatherings (groups) or for commercial investment. Any caravan that is found outside the camping site will be violated and removed immediately”.

In a related context, and in confirmation of the news published by the daily last week, the Secretary General of the Municipal Council Bader Al-Rifai sent a letter to the Director of Kuwait Municipality Eng. Ahmed Al-Manfouhi to indicate the approval of the proposal of Council member Ahmed Hadyan Al-Enezi for the amendment of the fourth item from the decision of the committee in charge of carrying out the decisions taken by the Municipal Council on September 26, 2013 concerning the regulations for spring camps. The amendment stipulated insurance deposit to be KD 100 only instead of KD 300 for every 1,000 meters or less, which will be refunded after removing the camp and cleaning the site. Also, the value of the fees for the license is KD 50, which is non-refundable, in exchange for the provision of services by the municipality.

Ahmed Hadyan, who had presented the proposal, stressed the need for the executive body in the municipality to take immediate measures that would expedite the implementation of the regulations in the decision. He said, “A decision should have been issued earlier to amend the insurance value and implemented before the beginning of the camping season, but unfortunately its release was delayed due to the lack of quorum in the session that was supposed to be held on November 8”. In this context, a source from the Spring Camps Committee affirmed that the committee will stop working on the reservation website for a period of 24 hours only in order to amend the insurance fees, according to the new decision. He indicated the possibility of resuming the booking process from next week. The source announced the formation of field teams that will include several parties to remove the violating camps, especially since “there is no excuse today for those who violate the law” in light of the amendments made to the camps’ regulations which are aimed at licensing the camps. 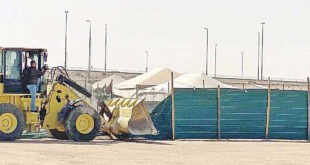 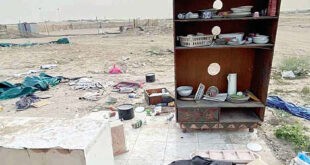 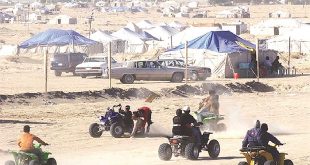 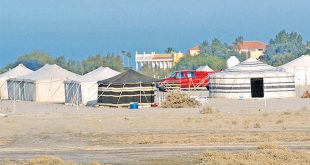 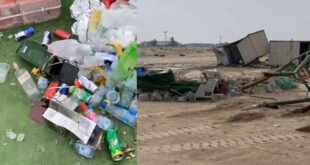 This post has been read 49194 times! KUWAIT CITY, Jan 2: The Public Security Sector …