After the meeting, Deputy Prime Minister, Interior Minister and Minister of State for Cabinet Affairs Anas Al-Saleh made the following statement about the proceedings of the meeting:

The Cabinet affirmed that His Highness the Amir’s lofty directives will be a guideline for the government in its work in cooperation with the Anti-Corruption Authority and all relevant bodies to ensure the preservation of public money and achieve desired goals.

Minister of Health Sheikh Dr. Basil Humoud Al-Sabah briefed the Cabinet on developments of the health situation in the country as well as precautionary measures taken by the Ministry to limit the spread of COVID-19 with the implementation of the second stage of the return to normalcy plan.

Furthermore, the Cabinet discussed recommendation received in the minutes of the meeting of the Public Services Committee regarding the periodic report submitted by the Public Authority for Housing Welfare on the progress of work for Al-Mitlaa housing project and measures taken by relevant government agencies in this regard.

The Cabinet also discussed the grilling motion submitted by MP Riyadh Al-Adsani on June 30, 2020 against Minister of Finance Barak Al-Sheetan, as the grilling will be included in the agenda of the upcoming session of the National Assembly. (KUNA) 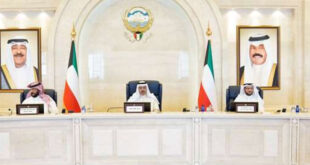 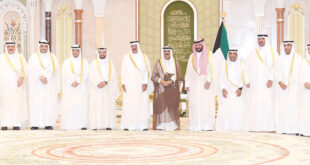 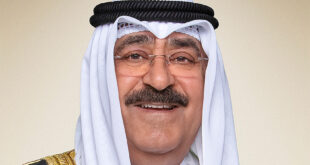 This post has been read 86326 times! His Highness the Crown Prince Sheikh Mishal Al-Ahmad …