RABAT, Jan 15, (AFP): Morocco’s ban on the sale and production of burqa fullface Muslim veils beloved of Salafists has sharply divided opinions in the North African country. “The burqa is not an item of clothing just like any other… it’s an instrument of oppression, a horrific negation of women, an insult to half of humanity,” according to award-winning French- Moroccan novelist Leila Slimani. Slimani, in an opinion piece on news website Le360, said the burqa ban signalled that Morocco was moving “towards greater equality between the sexes”. Another vocal supporter, Nouzha Skalli, a lawmaker and former family and social development minister, said the ban constituted “an important step in the battle against religious extremism”. While there has been no official announcement, media reports said the interior ministry order banning the burqa would take effect this week.

Completely
“We have taken the step of completely banning the import, manufacture and marketing of this garment in all the cities and towns of the kingdom,” Le360 quoted a high-ranking interior ministry official as saying. Interior ministry officials on Monday started carrying out “awareness-raising campaigns with traders to inform them of this new decision”, said another website, Media 24. Le360 said the measure appeared to be motivated by security concerns, “since bandits have repeatedly used this garment to perpetrate their crimes”. Most women in Morocco, whose King Mohammed VI favours a moderate version of Islam, prefer the hijab headscarf that does not cover the face.

The niqab, which leaves the area around the eyes uncovered, is also worn in Salafist circles and in more conservative regions in the north, from where thousands of jihadists have gone to fight in Syria and Iraq. Writers and intellectuals have condemned the burqa ban. “No authority in the world has the right to impose a dress code on a woman or a man for their everyday life,” wrote columnist Abdellah Tourabi, in a view widely shared on social media in Morocco. Is the burqa foreign to Moroccan culture? he asked. Sure, but “slim jeans were not the apparel of the sultans and our grandmothers were not crazy about Victoria’s Secret bras”, Tourabi said.

On the web, a social media commentator suggested the interior ministry go further by banning makeup “as it used more to cover up women’s faces”. The Salafists have been less subtle in their criticism. Outspoken preacher Abu Naim condemned “the Satan-worshippers” and “atheists serving the interests of the Jews” behind the burqa ban. And yet, Morocco “considers the wearing of the Western swimsuit on the beaches an untouchable right”, was the bitter comment of another preacher, Hammad Kabbaj. Oussama Boutaher, coordinator of a committee which defends Islamist detainees, said the ban was outright “discriminatory” and would turn devout Muslims into “second-class citizens”. 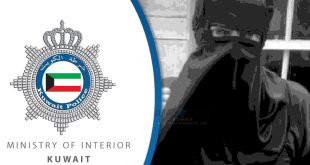 This post has been read 6154 times!Denmark on Thursday became the latest European country to …