KUWAIT CITY, May 29: An Egyptian expatriate in Kuwait Mukhtar Farghali urged security authorities of the country via press media to help him in finding his brother Ali Farghali who has been missing since April 1, reports Al-Rai daily.

He explained that his brother is 43 years old and works as a construction worker. He left his fl at in Khaitan area on Sunday, April 1 at 8 pm to prepare food for his roommates who live with him and has been missing since then. His nephew told him he went to visit his brother four days back but he did not find him and his mobile phone was also switched off.

Farghali said he filed a case at Khaitan Police Station. Investigators informed him that Ali’s mobile phone has been switched off since 10 pm on April 1 and he was last seen in Khaitan Block 1 area but they did not find him in any hospitals and there are no records of him leaving the country. He indicated that he informed the Egyptian embassy in Kuwait, which in turn addressed the concerned authorities in Ministry of Interior. Farghali stressed that his brother’s wife and children are worried and are waiting to know if he is alive or dead.

3 hurt in fire: One man and two women suffered from smoke inhalation when fire broke out in a house in Yarmouk area, says al-Seyassah. According to security sources, when the Operations Room of Ministry of Interior received information about the house on fire, firefighters from two fire stations rushed to the location and discovered the fire broke out on the ground floor of a three-storeyed house and spread to a large area.

Three individuals including two women who were trapped inside the house were rescued. They were provided treatment by paramedics at the site as they suffered from smoke inhalation. The fire was extinguished within a short time, and investigations were launched to determine the cause of the fire.

Meanwhile, a fuel tanker burst into flames after it toppled near 360 Mall on the road between Airport Road and Sixth Ring Road. Four fire teams rushed to the location and extinguished the fire. The driver had sustained several injuries and was referred to the nearest hospital for treatment. It was discovered that fuel had spread throughout the road and seeped into the sewers. 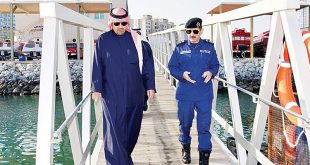 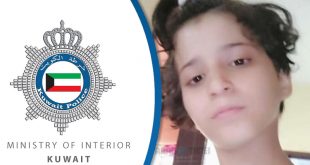 This post has been read 6474 times! KUWAIT CITY, Sep 12: The police authorities found …