Boursa Kuwait ended August in the green zone. The Price Index closed at 6,892.10 points, up by 0.59% compared to the closings of the month before, the Weighted Index increased by 4.18% after closing at 430.57 points, whereas the KSX-15 Index closed at 984.90 points increasing by 4.42%. Furthermore, last month’s average turnover increased by 6.63%, compared to the preceding month, reaching K.D 14.57 million, whereas trading volume average was 78.78 million shares, recording an decreased of 4.86%.

The market continued its positive performance that it started the month of July with, and the three indices were able to record gains for the second consecutive month, benefiting from some positive factors witnessed during the month, as the market interacted with the relative improvement witnessed by the oil prices, in addition to the positive results disclosed by some listed companies and banks in the market for the first half of 2017.  Also, such factors  contributed in enhancing most of the traders’ morale and tempted them to executed some purchasing operations included many stocks of different sectors, especially the leading stocks, which reflected its positive performance during the month on the Weighted and the KSX-15 indices, which witnessed a relatively better performance from the Price Index that ended the month’s trading with limited gains.

Moreover, the market was not away from the effect of the quick profit collection operations that were present during some daily sessions of last month, where such operations were able to push the three indices to the red zone, especially the Price Index, that was affected by the concentration of such operations on some small-cap stocks, which caused to limit its monthly gains.

The Boursa realized good gains to its market capitalization during the last month reached about K.D. 1.46 billion, as the total value of the listed companies in the Boursa (primary market) by the end of August reached K.D. 28.77 billion against K.D. 27.31 billion at end of July, up by 5.35%.  On an annual level, the market cap gains for the Boursa reached more than K.D. 3 billion or 13.22% compared to its value at end of 2016, where it reached then K.D. 25.41 billion. (Note: the market value for the listed companies in the official market is calculated based on the average number of outstanding shares as per the latest available financial statements).

For the annual performance, the Price Index ended last month recording 19.90% annual gain compared to its closing in 2016, while the Weighted Index increased by 13.28%, and the KSX-15 recorded 11.29% growth.

Share
Previous Oil price to stay at $50-55: Kuwait – Strategy on track
Next 25 men in Bahrain charged over attack on police station 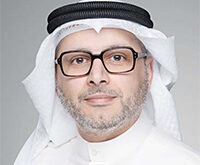