KUWAIT CITY, May 20: Personnel from the General Department for Drugs Control (GDDC) recently thwarted the attempt of a 35-yearold Kuwaiti to smuggle 370 grams of cocaine into the country, reports Al-Seyassah daily. The daily added, the drugs arrived via the express mail neatly hidden inside a pair of head phones set. The daily added, the suspect was arrested in coordination with the detectives when the suspect arrived to collect his parcel. He has been handed over to the concerned authorities. 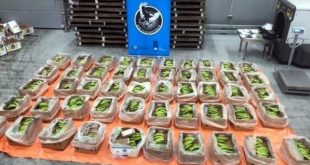 $2M worth of cocaine washes up on New Zealand beach