MANAMA, Jan 27: Bahrain’s Ministry of Health announced Wednesday discovering Covid-19 variant in a number of existing active cases in the Kingdom. The Undersecretary of the Bahraini Ministry of Health, Dr. Waleed Al-Manea, confirmed in a speech during the press conference that cases were discovered through process of continuous monitoring, analysis and follow-up of existing cases. He called on everyone to fully stick to the precautionary measures and instructions issued by the national medical team and the relevant official authorities to avoid the increase and spread of the virus.

Due to the developments and data that are being studied periodically and based on the recommendations of the national medical team to address Covid-19, number of decisions have been taken, starting from Sunday, January 31, for a period of three weeks, He said The decisions taken include suspending attendance and contenting with e-learning in government rehabilitation centers, nurseries, private training centers and institutes of the Ministry of Labor and Social Development. It also include suspending attendance and contenting with e-learning in public and private schools, government and private higher education institutions, and kindergartens licensed of Ministry of Education.

The ministry also decided to stop dine in services in restaurants and cafes, starting from January 31 for three weeks. He also stressed that the frequency examinations and strengthening contact tracing processes will be increased in order to speed up monitoring cases, treatment and recovery.

Precautionary measures and instructions issued since the spread of Covid-19 are the same through which the variant could be confronted, in addition to vaccination, he added. Regarding the vaccine, Al-Manea said the delay in delivering vaccinations around the world requires more caution, calling on everyone to increase commitment to precautionary measures.

The national plan for vaccination is continuing and coordination is underway with the manufacturers of vaccine to provide it as soon as possible according to the plans of these companies for manufacturing and distribution, he added. Lack of commitment to the precautionary measures contributed to this high rate of spread, he said. Earlier, Bahrain reported one death of Covid -19, bringing the fatalities tally to 370, in addition to 459 new infections. (KUNA) 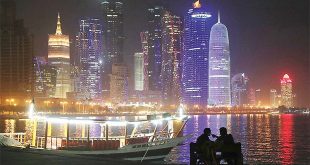 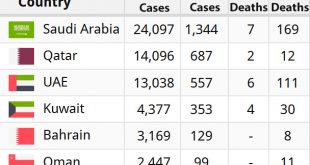 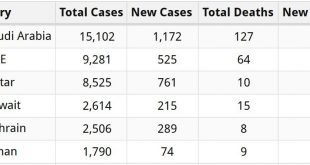 1,172 new infection with 6 death from coronavirus in Saudi Arabia 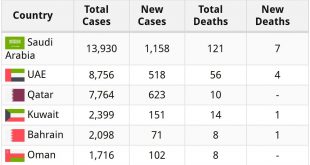 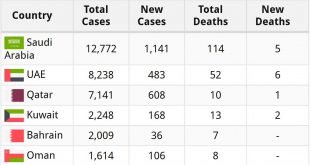 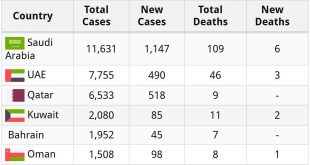