KUWAIT CITY, May 8: The laboratories of the Public Authority for Food and Nutrition are facing a crisis that is hampering the inspection of food according to the adopted criteria, amid disagreements between it and the Audit Bureau and the Budgets Committee of the National Assembly on the causes of the crisis, reports Al-Qabas daily.

The sources have warned of the exacerbation of these reasons which will harm the citizens and residents since the vitality in this area cannot be tolerated in any way since the lack of examination presents a potential danger.

The Minister of Health Dr Bassel Al-Sabah said the laboratory in the central market in Al-Sulaibiya has shown a severe shortage of solutions for some food tests in the last quarter of the fiscal year 2017/2018, citing the lack of a budget.

The minister said in response to a parliamentary question “the budget of the Authority for 2018/2019, which is close to 18 million dinars, does not meet the requirements, adding that the estimated amount is about 45 million dinars.

Share on:
WhatsApp
Share
Previous Around 50 cases of cheating detected at Kuwait University during ‘test’
Next Al-Jabri ‘wins’ confidence vote 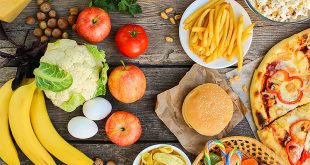