KUWAIT CITY, April 21: The operating revenues from the core businesses of the Bank grew by 7.1 percent reaching the height of KD 28.2 million during Q1 2016 from KD 26.3 million of previous year same period.

The Bank reported net profits for the first quarter of 2016 KD 15.6 million compared to KD 15.4 million for the same period in 2015 after the conservative pre-cautionary provision policy to reflect the market volatility due to low oil prices.

The Bank has achieved return on average equity (ROAE) and the return on average assets (ROAA) at 17.3 percent and 1.6 percent respectively for the period, which were one of the highest among the market. The earning per share stood at 11 fils. This reflects the strengths of the financial position of the Bank and its capability to generate sustainable revenues from the Bank’s core businesses.

Dr Al-Mudhaf, Chairman of Ahli United Bank (Kuwait) remarked that, “With Allah’s grace, Bank’s successful strategy has resulted in achieving solid levels in its KPIs during the period.” The total assets of the Bank at end of March 2016 reached KD 4,102 million, up by 10.2 percent compared to end of March 2015. Financing Receivables reached KD 2,779 million, growing at 10.8 percent year-on-year. He also asserted that customers’ increased confidence resulted in the growth in deposits, up by 17.9 percent for the same period to reach KD 2,856 million. The capital adequacy ratio as of March 2016 was 14.9 percent exceeding the regulatory requirement. He stressed that these positive results are the outcome of the balanced approach adopted by the Bank in achieving profitability within a framework of prudent risk management policies.

The Chairman stated that the returns realized by Ahli United Bank (Kuwait) in the investment deposits during 2016 continue to surpass their peers in the market as one of the highest returns in Kuwait, whereby the results of Q1 2016 showed that profit distribution rates on KD annual investment deposits reached 2.37 percent p.a., return on KD investment deposits for the six-month reached 1.75 percent p.a. and return on KD saving investment accounts reached 1.65 percent p.a. Ahli United Bank (Kuwait) provides an advantage to depositors as profits are distributed on quarterly basis in accordance with the Bank’s interim results announced. The profits distributed are made available to all depositors to withdraw or reinvest.

He also attributed the positive results for the period to the efforts by the management to provide distinguished services and integrated solutions to the customers, enhancing the presence of the Bank in retail banking, corporate financing and treasury services in marketplace, thereby maintaining diversification in its revenue stream and risk parameters. Dr Al-Mudhaf stressed that the management succeeded in placing the Bank among the best Islamic banks, not only among peer banks but also regionally. The Bank re-affirmed its eminent position in the Islamic banking business by winning the award for the Best Islamic Bank in Kuwait in 2015 for the third consecutive year from a global specialized magazine “The Banker”, confirming the Bank’s ability to render distinctive banking services and products. The Bank was also awarded the Second Safest Islamic Bank in Kuwait and Fifth in GCC by the “Global Finance” magazine which is based through an evaluation of long-term foreign currency ratings from rating agencies and total assets of 500 largest banks worldwide.

In concluding his statement, Dr Al-Mudhaf extended his thanks and appreciation to the Central Bank of Kuwait for providing valuable guidance to the Bank, the Bank’s Board of Directors, Customers, Shareholders, management and all staff members for the confidence and support they conferred upon the Bank which enabled the Bank to realize these successive achievements and maintain its pioneering position in the Kuwaiti banking sector. 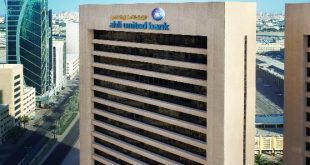