KUWAIT CITY, Jan 30: An Asian woman, who was accused by her Kuwaiti husband of posting intimate video clips of them on pornographic sites, has been arrested, reports Al-Rai daily.

The woman was seized with an Asian man who she claimed was an employee of her country’s embassy and was with her to protect her from her husband. However, he turned out to be a compatriot who posted the sex videos on the pornographic site for money. Both were arrested and referred to the concerned authorities.

It was earlier reported by the daily that the husband had lodged a complaint with security authorities against his wife, accusing her of selling video clips of their private life.

According to a security source, few months after he married the woman, he discovered that she had sold their sex videos to a pornographic site, and that she did this with the cooperation of her compatriots.

When confronted, she had denied the accusation, screamed hysterically, accused him of assaulting her, barged out of the house, and went to the embassy of her country where she requested for protection.

The husband then lodged the complaint, and provided police with evidences of her behavior including some pornographic clips, which he said he found by chance.

Asian sneaks into his girlfriends (housemaid) house, both to be deported 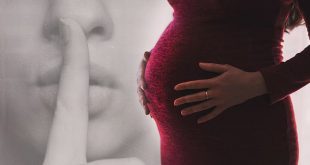