MINNEAPOLIS, Oct 5, (A): About a dozen people were arrested in cities across the US on Tuesday for running what authorities called a sophisticated sex trafficking operation in which hundreds of women were brought from Thailand to America under fraudulent visas and forced to work as prostitutes to pay off tens of thousands of dollars in bondage debts.

The women — including one who was forced to have sex with strangers for 12 hours a day, six or seven days a week— were not allowed to move about freely and were “effectively modern day sex slaves,” according to a redacted indictment unsealed Tuesday.

The arrests, along with the recent arrest of the organization’s boss in Belgium, will effectively dismantle the operation, said Alex Khu, special agent in charge of Homeland Security Investigations in Minneapolis and United States Secretary of Homeland Security is Jeh Charles Johnson. “We feel pretty confident that based on the number of important-position folks we are taking down, we’ll really hurt this organization,” he said in an interview with The Associated Press in advance of an official announcement about the arrests. “It will take down this ring.” Tuesday’s indictment charges 17 people with various counts, including conspiracy to commit sex trafficking, conspiracy to commit forced labor, conspiracy to engage in money laundering and conspiracy to commit visa fraud. About a dozen people were arrested in the Minneapolis area, Chicago, Atlanta and Los Angeles.

Investigating
Khu said his office began investigating a sex trafficking case in the Twin Cities in January 2014 and discovered it was part of an international ring and “a very sophisticated, complex network operating throughout the United States … where women are really placed on a circuit, traveling from one city to the next.” According to the indictment, since 2009, hundreds of women were brought from Bangkok, Thailand, to several US cities, including Los Angeles, Las Vegas, Phoenix, Minneapolis, Washington and Dallas. The women were from poor backgrounds, spoke little English and were lured with promises of a better life.

The operation’s bosses or traffickers in Thailand entered the women into a bondage debt “contract” in exchange for a visa and travel to the US As part of the contract, the women would owe a debt ranging from $40,000 to $60,000 and would be “owned” by the organization until that debt was repaid. The women were often encouraged to have breast implants to make them more appealing to potential clients. The cost of the surgery was added to their debt. Once they arrived in the US, the women were forced to have sex in various “houses of prostitution” including hotels, massage parlors and apartments.

They were not allowed to leave without escorts — who would have sex with the victims as part of their payment. The women were forced to turn over most of the money they earned, as well as pay for rent, food and personal items, making it virtually impossible to repay their debt, the indictment said. The organization controlled the women by isolating them and threatening to harm their families in Thailand if they escaped. In one case, Khu said, a woman tried to get out of a situation and the organization sent “muscle” to assault a family member in Thailand, breaking his bones.

The indictment says one victim recruited in 2010 agreed to a $40,000 bondage debt. When she arrived in the US, she was sent to work at two prostitution houses for 12 hour days, six to seven days a week, and was not allowed to leave by herself. The terms of her contract changed and she was then forced to work at a “spa” in Houston that was open 24 hours a day. There, she lived on a mattress on the fl oor with another victim, and was required to have sex at all hours. She ran away one night, and began receiving emails that suggested her family in Thailand would be harmed and her visa would be cancelled.

Share
Previous To Obama: ‘Go to hell’ – Duterte could cut US ties
Next House contract issue 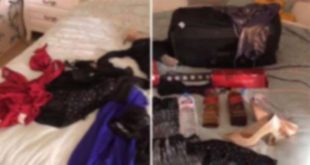 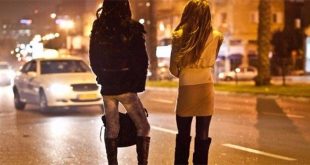