KUWAIT CITY, June 21: Secretary- General of the Arab Federation for Prevention of Addiction, Dr. Khaled Al-Saleh, has praised the role of the federation and the Kuwait Committee for Drug Control emanating from the Kuwait Society for Combating Smoking and Cancer for activating the national program to raise awareness of drug abuse and addiction in all its forms. Al-Saleh said in a press statement yesterday that the Kuwait Anti-Narcotics Committee inaugurated the anti-smoking clinic in conjunction with the smoking awareness month, which falls in June of each year, pointing to the preparation of two workshops on combating addiction and drugs, in cooperation with the Secretariat General of the Arab Union for Prevention.

He explained that the first workshop was held under the title “Increasing supply of narcotics in Kuwait and the Gulf Cooperation Council”, and he and the psychological consultant Dr. Ahmed Abu Al-Azaim and member of the Board of Directors of the Arab Federation for the Prevention of Addiction Dr. Hessa Al-Shaheen, highlighted and discussed the role of the Arab Union in modernizing prevention and treatment programs for abuse and addiction in Arab countries, and the medical impact on mental deviation and its relationship to terrorism and violence, as well as shedding light on the impact of drug awareness. He pointed out that the second workshop will be held at the end of this month in conjunction with the celebration of the World Anti-Drug Day, which falls on June 26 of each year. He said a large number of lecturers and experts in the social, psychological, medical and awareness-raising fields for drug control are expected to participate.

Meanwhile, the Ministry of Public Works has presented three new tenders for the general maintenance of rain sewage networks in various governorates in preparation for the rainy season, reports Al-Jarida daily quoting sources. Sources revealed the first tender is for the maintenance of the rain sewage networks in Farwaniya and Jahra Governorates, second is for the Capital and Hawally Governorates, and third for Mubarak Al-Kabeer and Ahmadi Governorates. Sources confirmed the ministry will launch these tenders at the beginning of the summer season each year, so it can complete the necessary procedures on time to be ready for the winter season.

Sources said the winning companies will be in charge of cleaning the sewers and carrying out maintenance works as per the conditions stipulated in each tender. Sources emphasized the importance of carrying out such maintenance works regularly to ensure the rain sewage networks function properly during the rainy season, especially since the country witnessed a difference in the rainfall rate recorded in the previous rainy season compared to earlier years. Sources said the previous maintenance works in these networks played a major role in avoiding problems witnessed in most of the main streets and roads in the past. – By Marwa Bahrawi Al-Seyassah, Arab Times Staff

Share
Previous 2,100 staff not eligible for rewards
Next Nod to import of live birds, eggs & chickens 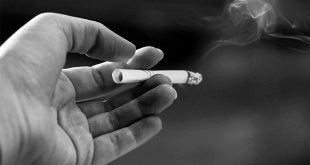 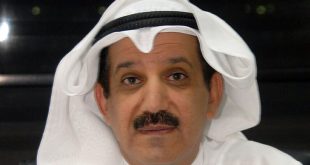 KUWAIT CITY, Jan 17: The number of smokers in Kuwait has reached 43 percent of …