KUWAIT CITY, Oct 28, (Agencies): His Highness the Amir Sheikh Sabah Al-Ahmad Al-Jaber Al-Sabah sent Friday a cable to Bahraini King Hamad Bin Issa Al-Khalifa over the terrorist attack that hit the fellow Gulf country earlier in the day. In the cable, His Highness the Amir Sheikh Sabah displayed Kuwait’s strongest condemnation towards the attack that led to the death of a security personnel and the injury of several others northeastern the country.

A Bahraini policeman was killed and eight others wounded on Friday in a “terrorist” bomb attack on the bus in which they were travelling, the interior ministry said. The eight wounded policemen sustained serious to medium injuries and were admitted to hospital, the ministry said on its Twitter account.

It said the attack was carried out by a “terrorist” group which remotely detonated a homemade bomb. The attack took place near the Shiite town of Jidhafs outside the capital Manama.

Authorities opened an investigation into the attack and police began a manhunt to find and arrest the assailants, the ministry said. Bahrain, a Shiite-majority kingdom ruled by a Sunni dynasty, has seen sporadic violence since a crackdown in 2011 on a protest movement demanding a constitutional monarchy and an elected prime minister.

Authorities have since tightened their grip on dissent, jailing hundreds of protesters and stripping a string of highprofile activists and clerics of citizenship. Meanwhile, five Bahraini female political prisoners have gone on hunger strike to protest against ill-treatment and a glass barrier that prevents contact with visitors, a rights group said on Friday.

Four of the detainees at Issa Town Women’s Prison required medical help on their fourth day of the strike on Friday, the Bahrain Institute for Rights and Democracy (BIRD) said in a statement. It cited detainees and family members as saying that one prisoner, 49-year-old Hajar Mansoor Hassan, was taken to hospital early Friday and returned several hours later.

Three other detainees — Najah al- Sheikh, Amira al-Qashami and Medina Ali — also needed medical treatment, it said. The fifth woman prisoner on hunger strike is Zainab Marhoon. The women are demanding an end to their humiliation and ill-treatment by prison staff and the removal of the glass barrier, BIRD said. Hassan, who is the mother-in-law of a BIRD official, is due to be sentenced on October 30 along with her son and nephew over confessions that were extracted under torture, BIRD said. They face up to three years in jail.

Meanwhile, His Highness the Amir Sheikh Sabah sent a cable of condolences Friday to the President of the UAE Sheikh Khalifa Bin Zayed Al- Nahyan on the death of a member of the UAE armed forces. In the cable, His Highness expressed sorrow over the death of the Emirati soldier who lost his life while on duty with the Saudi-led Arab Coalition’s; Operation ‘Restoration of Hope’ in Yemen.

The body of corporal Saeed Matar al-Kaabi was repatriated on Friday, the official WAM news agency reported. The military said Kaabi was killed while “performing his national duty” in Najran province bordering Yemen, without elaborating. Some 100 Emiratis have been killed in Yemen since the Saudi-led intervention there began in March 2015.

A ballistic missile fired from Yemen early Friday wounded an expatriate worker when it hit a compound for foreign labourers in Najran, the spokesman for the coalition forces said in a statement cited by the official SPA news agency. Turky al-Maleki, who called the attack a violation of international law, said the blast triggered a fire and caused material damage. The UAE has been playing a key role in the Saudi-led campaign in support of President Abed Rabbo Mansour Hadi’s government after Iran-backed Houthi rebels forced him into exile. 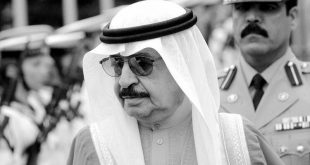