Addressing the event, His Highness the Crown Prince, representing His Highness the Amir, highly commended the project as reflecting Kuwait’s commitment to fulfilling local needs and international demand for clean fuel, just in compliance with global endeavors to cut air pollutants. He underlined Kuwait’s ambition for attaining a clear-cut development strategy that would promote the country’s status in global oil refining industry. He also pointed out top priorities for creating new jobs for Kuwaiti young people, enabling them to work in their own country’s most vital sector. His Highness the Crown Prince voiced much appreciation to all those sincere Kuwaitis for their great efforts and achievements in carrying out the project.

Deputy Prime Minister, Minister of Oil and Minister of State for Cabinet Affairs Mohammad Al- Fares appreciated His Highness the Amir’s patronage and attendance of the KNPC’s biofuel project completion ceremony, together with His Highness the Crown Prince’s presence, as reflecting the commitment of the country’s wise political leadership to following up on and supporting national development projects in various domains. , (KUNA) 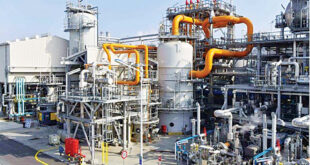 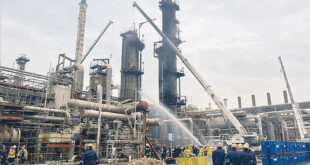