He also stressed the importance of maintaining national unity and solidarity. He reaffirmed his commitment to democracy that the country has adopted for about six decades, while underscoring the significance of elections. He urged the candidates and voters to put loyalty to the country above everything else. He thanked Assembly Speaker Marzouq Al-Ghanim and the MPs for their efforts in the last 10 months of dealing with the coronavirus crisis. He also expressed gratitude to the citizens for their support, which highlights the strong bond between the leadership and the people.

Embodiment
Meanwhile, Al-Ghanim paid tribute to HH the late Amir whom he considers an embodiment of great political wisdom. He congratulated HH the Amir Sheikh Nawaf Al-Ahmad Al-Jaber Al-Sabah for taking over the reins of power and the speedy nomination of HH the Crown Prince Sheikh Meshaal Al-Ahmad Al-Jaber Al-Sabah; thereby, reassuring the citizens and MPs. He pointed out this is the first time in 20 years that a parliamentary term is completed despite the repeated attempts of some parties to dissolve the legislature.

He said this term witnessed the emergence of positive and negative issues, asserting the citizens will have their say in the elections. On the other hand, HH the Prime Minister affirmed that Kuwait will continue supporting other GCC countries and work hard to settle disputes. He said the Palestinian issue remains a priority for Kuwait, emphasizing that Kuwait fully supports efforts toward a comprehensive and just settlement of the issue.

He added Kuwait will continue working with the Organization of Islamic Cooperation and the United Nations to promote global peace. He enumerated the achievements in the current parliamentary term, such as the agreement between Kuwait and Saudi Arabia to define the land and sea borders and issuance of important laws like those on bankruptcy, protecting competitiveness, traffic and foreigners. He pointed out the government managed to deal with the coronavirus crisis and faced more than 10 grilling motions in spite of its short term.

He said the government has completed its road development plan, including the administrative reconstruction of the State. He affirmed the government remains committed to the transparency regulations in elections, while emphasizing the need to adhere to health regulations for the safety of both the candidates and voters.

In the meantime, the Assembly rejected the bill on supporting SMEs in its second reading as 29 MPs voted against it, 26 in favor and two abstained. Minister of Finance Barrak Al-Shitan disclosed the amendments include deleting the phrase ‘other clients’ to limit the beneficiaries to the owners of SMEs and reducing the budget for this purpose from KD 3 billion to KD 500 million. Many MPs had earlier argued this implies that the government intends to support senior business persons who planned to obtain aid amounting to KD 2.5 billion. In addition, the Assembly unanimously approved the proposal to amend the Handicapped Law with all 56 lawmakers voting in favor in its second reading.

The bill stipulates that the rights of the handicapped children of Kuwaiti women married to foreigners should be equal to their Kuwaiti counterparts, while the rights of handicapped expatriates are specified by the Supreme Council for Handicapped Affairs.

According to the bill, the medical equipment and materials for the handicapped are exempted from customs fees and tax. The bill grants a handicapped with normal mental capabilities to specify his guardian, while the employee who takes care of an individual with severe disability shall be given full indemnity.

Some MPs suggested implementing the latter article retroactively starting from 2010 when the law was first enforced, but the Health and Social Affairs recommended otherwise in a bid to avoid objection from the government that could delay the enforcement of the bill. Moreover, the Assembly rejected the request of some MPs to withdraw the bills on amending the Election Law from the concerned committee and then put them under the ‘other arising matters’ item with 31 out of 57 legislators voting against, 24 voted in favor and two abstained.

Handicapped
These bills include the amendment of Article 16 of the National Assembly Decree which was approved in the first and second readings. A total of 29 MPs voted in favor of the bill in its first reading and 25 against; while 31 MPs voted in favor and 26 against in the second reading. However, the bill was rejected as it failed to get the required majority vote (32).

The decree stated the following: “After reviewing the constitution and Decree No. 136 of 2020 calling the National Assembly to convene for the fifth regular session of the fifteenth legislative term, and based on the proposal of the Prime Minister and after the approval of the Cabinet, we decreed the following:”

Article Two: The Prime Minister shall notify this decree to the National Assembly and it shall be published in the Official Gazette. Five MPs announced that they will not stand for the coming elections – Abdullah Al-Roumi, Muhammad Al-Dallal, Rakan Al-Nisf, Muhammad Hadi Al-Hewailah and Soud Al-Shuwaier. The election is slated for Dec 5, 2020 and the registration of candidates will start on Oct 25, 2020 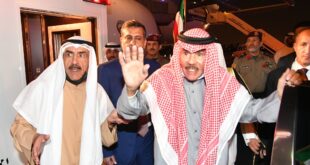 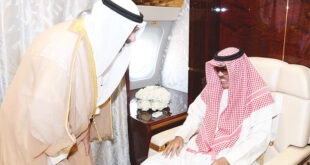 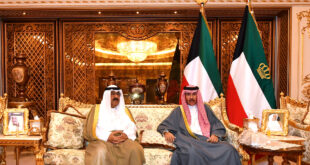 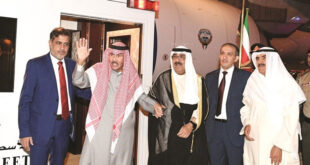 This post has been read 23831 times! Constitutional expert welcomes efforts to reinforce rule of …