ALGIERS, Algeria, April 11, (Agencies): An Algerian military plane carrying soldiers, their families and some refugees crashed soon after takeoff Wednesday into a field in northern Algeria, killing 257 people in what appeared to be the North African nation’s worst-ever aviation disaster.

Algeria’s Defense Ministry said those killed included 247 passengers and 10 crew. An Algerian-backed group seeking independence for Western Sahara said 30 of its people, including women and children, were among the dead.

The cause of the crash was unclear and an investigation has been opened. Algerian authorities did not mention any survivors but one witness reported seeing some people jump out of the aircraft before it crashed at 7:50 am on Wednesday. Algerian TV Dzair said five people were in a critical state but it’s unclear whether they were inside the plane when it crashed. His Highness the Amir Sheikh Sabah Al-Ahmad Al-Jaber Al-Sabah sent Wednesday a cable of condolences to Algerian President Abdelaziz Bouteflika.

In the cable, His Highness the Amir expressed his deepest condolences on the Algerian military plane crash near Boufarik airport that killed and wounded hundreds, asking Almighty Allah to bestow his mercy upon those who have been killed and speedy recovery to those wounded. His Highness the Crown Prince Sheikh Nawaf Al-Ahmad Al-Jaber Al-Sabah and His Highness the Prime Minister Sheikh Jaber Al-Mubarak Al-Hamad Al-Sabah also sent similar cables to Algerian President.

The flight had just taken off from the Boufarik military base, 30 kms (20 miles) southwest of the capital Algiers, for the southwestern military base in Bechar, according to Farouk Achour, spokesman for Algeria’s civil protection services. The flight also included a layover in the southern city of Tindouf, he said.

The Soviet-designed Il-76 military transport plane crashed in a farm field with no people nearby, Achour said. Footage from the scene showed thick black smoke coming off the field, ambulances and Red Crescent vehicles arriving at the crash site and body bags lined up in the field. Several witnesses told Algerian TV network Ennahar they saw flames coming out of one of the planes’ engines just before it took off. One farmer said some passengers jumped out of the aircraft before the accident. “The plane started to rise before falling,” an unidentified man lying on what seemed to be a hospital bed told Ennahar TV. “The plane crashed on its wing first and caught fire.” The victims’ bodies have been transported to the Algerian army’s central hospital for identification. 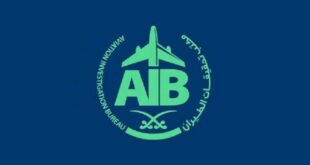 This post has been read 5576 times! KUWAIT, Aug 25: Kuwait follows with deep regret …