YEREVAN, Oct 11, (RTRS): Albania qualified for the 2016 European championship finals, their first ever major tournament, when a 3-0 away win over Armenia clinched second place in Group I on Wednesday. The Albanians finished behind Portugal and ahead of Denmark, who will await their playoff fate, in the final group standings to reach the tournament in France.

An own goal by Armenia’s Kamo Hovhannisyan put Albania in front after nine minutes and they added further goals through defender Berat Djimsiti and striker Armando Sadiku. Armenia had the first chance when Yura Movsisyan’s powerful free kick pierced the Albanian wall and was saved by goalkeeper Etrit Berisha.

The opening goal came after midfielder Odise Roshi had a shot deflected by the defence, only to set up Migjen Basha inside the area. His shot came off Armenia’s goalkeeper Gevorg Kasparov and defender Hovhannisyan turned the ball into his own net trying to stop a charging Shkelzen Gashi.

In the 23rd minute, Djimsiti lightly touched a free kick from Ledian Memushaj into the goal to give Albania a 2-0 halftime lead. Heckled by their fans at the break, Armenia played better in the second half, launching several dangerous attacks, including a powerful shot from Marcos Pizzelli in the 71st minute. However, Albania sealed the victory in the 76th when Sadiku shot inside the area from a pass by Odise Roshi.

Romania qualified for the Euro 2016 finals when they comfortably won 3-0 in the Faroe Islands on Sunday to clinch the second automatic qualifying place in Group F. The win left unbeaten Romania with 20 points, one behind already-qualified Northern Ireland, who ended their campaign with a 1-1 draw in Finland.

Hungary remained in third place on 16 after losing 4-3 in Greece and will try to reach the finals via the playoffs. Constantin Budescu, who replaced the ineffective Claudio Keseru in Romania’s starting lineup, scored twice before the break and almost grabbed a hat-trick in the second half.

Alexandru Maxim put the result beyond doubt with their third goal eight minutes from time.

Anghel Iordanescu’s side could not have wished for a better start, going ahead thanks to Budescu’s first international goal after a well-worked free kick in the fourth minute.

In Athens, Hungary will battle for a spot at Euro 2016 via the playoffs following a 4-3 defeat against Greece in a highly entertaining match in Athens on Sunday.

Substitute Panagiotis Kone won it for Greece four minutes from full-time with a thumping header from Jose Holebas’ left-wing cross.

Kriszti?n NÈmeth then put Hungary ahead with a tap-in before Panagiotis Tachtsidis burst through on goal to equalise.

NÈmeth lashed home another to beat to make it 3-2, before Kostas Mitroglou slotted home with 10 minutes left.

Hungary had already been assured of at least a playoff place before the game, and finish third in Group F behind Northern Ireland and Romania.

In Helsinki, Northern Ireland wrapped up their successful Euro 2016 qualification campaign with a 1-1 draw in Finland on Sunday that saw them finish top of Group F.

The Irish took the lead with a first-half header from centre-back Craig Cathcart before the Finns grabbed an equaliser with an 87th minute strike from their centre-back Paulus Arajurri.

The result meant Northern Ireland, playing in an unfamiliar all-blue strip instead of their usual green shirts and white shorts, sealed top place in the group with 21 points from their 10 matches, finishing a point ahead of Romania.

The Irish took the lead after 31 minutes when Finland were lax in clearing a Chris Brunt corner. The ball ran to Paddy McNair, who found Niall McGinn and his cross was deftly headed home by Cathcart for his first international goal.

In Belgrade, Portugal finished their Euro 2016 qualifying campaign on a high note after beating eliminated Serbia 2-1 with a makeshift side missing top scorer Cristiano Ronaldo and several other regular starters on Sunday.

Nani gave the visitors an early lead and substitute Joao Moutinho sealed their win after Zoran Tosic equalised for the Serbians, who had Aleksandar Kolarov and Nemanja Matic sent off for dissent in the closing stages.

A seventh successive win left Portugal top of the section with 21 points from eight games, seven more than second-placed Albania who joined them in next year’s tournament with a 3-0 win at Armenia.

Third-placed Denmark, who have 12 points, are headed for the playoffs, with Serbia finishing fourth on four points ahead of the Armenians with two.

The visitors took an early lead on a cold and rainy night when Nani swept a rebound into the top right corner after Serbia keeper Vladimir Stojkovic could only parry a low shot by Danny.

The home said had the upper hand and missed a string of chances in either half, with forward Adem Ljajic forcing a fine save from Rui Patricio in the 38th minute.

Tosic finally rewarded their hard work midway through the second half, drilling a fierce shot into the roof of the net from 10 metres after a darting run and cross from the left by Aleksandar Kolarov.

Moutinho netted a superb winner in the 78th minute, beating Stojkovic with a curling shot from 25 metres before Kolarov and Matic were sent off in quick succession for lashing out at opponents as tempers flared.

Stojkovic kept out a stinging shot by Nani before some last-gasp defending by the visitors denied nine-man Serbia a share of the spoils in the final few minutes. 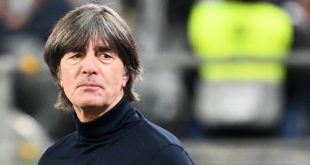