KUWAIT CITY, Oct 13, (KUNA): “Li-dalag shail la taaman al-sail,” is a sentence uttered in local dialect by the people of Kuwait particularly the seniors, which essentially cautions of possible floods with rise of widely-known star spotted in the skies signaling onset of autumn and end of the summer scorching heat.

The Kuwaiti astronomer, Adel Al-Saadoun, interviewed by KUNA, says the Kuwaitis, as well as other Arabs, traditionally link onset or end of seasons with the stars. “The Arabs in the past depended on the stars that appear in the skies at specific times of the year, although their locations vary from year to year … these stars generally glisten at dawn.” Shail star, which appears on August 24 for a duration of 53 days, signals end of the summer season, followed by “al-sfori” season, when many residents suffer from allergy.

“Some attribute the illness to pollens, but the real cause is the weather change,” says Al-Saadoun. “Al-sfori” season is followed by “al-wasm,” which begins on October 16 and proceeds till December 6. The term attribute to shrubs’ growth in the desert, particularly if rain falls early.

Heavy rain leads to growth of “fagea,” a species of wild mushroom that grows in the desert in winter times in Kuwait and other Gulf and Arab countries. “Al-marbaaniah” season falls on December 7 and continues for some 39 days.

These days are distinguished with biting cold particularly at night and dawn times. It is followed by “al-shabat” between February 10 and March 20, when the temperature begins to pick up and flowers blossom. “Al-thuraway” is the summer season between May 12 and June 19, followed by “al-jawzaa,” between July 29 and Aug 10. Then comes “alklaibeen” between Aug 11 and Aug 23, when the weather turns humid. 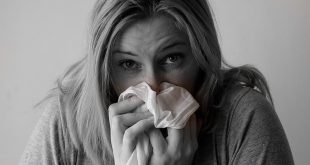