KUWAIT CITY, Sept 7, (KUNA): Kuwait’s Minister of Commerce and Industry Khaled Al-Roudhan arrived in Beijing on Wednesday for talks focused on attracting Chinese investments in Kuwait. Al-Roudhan, who doubles as State Youth Minister, is expected to meet CEOs of China’s biggest state-owned and private firms on his second stop in China having attended the China-Arab States Expo in Ningxia Hui Autonomous Region. Both countries are keen to boost bilateral relations, as China seeks to carry out giant projects in Kuwait in the wake of His Highness the Amir’s strategic 2035 vision and President Xi Jinping’s Belt and Road project, Kuwaiti Ambassador to China Jawhar Hayat told KUNA.

Kuwaiti officials headed by Minister of Commerce and Industry, Acting Minister of State for Youth Affairs Khaled Al-Roudhan, discussed with Hu Dongching, Vice president of the Chinese Development Bank, means of cementing cooperation for developing local industries and the infrastructure in China. Talks have also dealt with examining the Chinese experience in industrial towns and incentives provided by Kuwait to lure entrepreneurs in industries.

The delegation has also held discussions with a Chinese communication and construction company and Sinbuk drilling company . Kuwait’s plans to transform itself into a financial hub and to build an international port, mirroring its trade history as a transit stop for goods, go hand in hand with China’s plans to revive the ancient Silk Route. Kuwait was also the first Arab country to sign an agreement linking it to the Belt and Road project. These plans aim to diversify Kuwait’s dependence on oil as a sole financial resource, he explained.

In May, Amiri Diwan Minister Sheikh Nasser Sabah Al-Ahmad Al-Sabah took part in the Silk Summit held in Beijing where he met President Xi Jinping and Vice President Li Yuanchao. The visit did much to improve relations between both countries and boost Kuwait’s standing as a regional and international financial and trade hub. Later in August, Chinese Vice Premier Zhang Goali, during a visit to Kuwait, said that both nations saw eye-to-eye in regards to Kuwait’s Vision 2030 and China’s Belt and Road project.

The ambassador also pointed out an earlier visit of Chinese strategic experts to Kuwait in July whereby they discussed with officials forms of cooperation across several fields. Meanwhile, he said Minister Al-Roudhan’s visit to China comes at a “critical time” and is a statement of intent in regards to high-level visits on the matter, on the one hand, and His Highness the Amir’s commitment to Kuwait’s strategic development goals on the other. 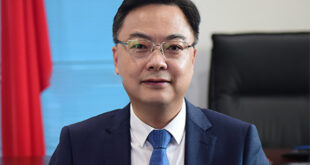 China has always been a loyal partner for Kuwait 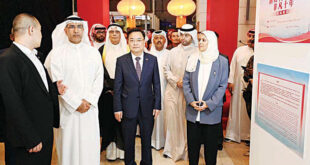 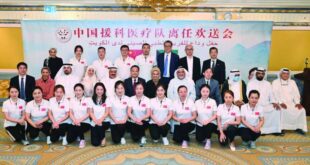 This post has been read 6452 times! KUWAIT CITY, April 30: The MEED magazine quoting …