KUWAIT CITY, Oct 19: The Court of Appeals, headed by Counselor Wael Al-Ateeqi, sentenced Sheikh Major General Mazen Al-Jarrah and Nawaf Al- Shalahi to 5 years in prison and fined them 1.36 million dinars, on charges of money laundering, stemming from the case of bribery of a former Bangladeshi MP, reports Al-Rai daily.

The Criminal Court had previously ruled that the money laundering case should not be considered, because there is a final ruling in another case for the accused, reports a local Arabic daily. The Public Prosecution had accused the men of money laundering 860,000 dinars in the form of checks, knowing that the amount was obtained as bribe, which the subject of Case No. 1429/2020 of the Capital Prosecution Office, registered under No. 370/2020.

The Public Prosecution said the two accused had committed a money laundering crime. Earlier the Court of Cassation had sentenced a former Bangladeshi lawmaker (MP Mohammed Shahid) to seven years in prison for human trafficking and money laundering and ordered him to pay a fine of KD 2.7 million, and ordered his deportation after serving the sentence.

After the authorities arrested the Bangladeshi MP in Kuwait on June 7 of 2020, he confessed to helping senior officials and the interior ministry in bringing migrant workers on fake contracts in exchange for sums of money.

The MP spent many years working in Kuwait and later returned to his country and became a member of parliament. The Criminal Investigation Department in Kuwait charged him with human trafficking, money laundering, and torturing employees of his company, based on complaints from five Bangladeshi migrant workers. 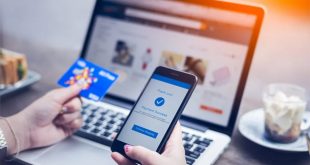