PARIS, Nov 15, (Agencies): Airbus announced its biggest-ever order on Wednesday, signing a deal to supply 430 of its medium-range A320 family of aircraft to US investment firm Indigo Partners, at a list price of $49.5 billion (42 billion euros).

“But it’s particularly gratifying to all of us at Airbus when it comes from a group of airline professionals who know our products as well as the folks at Indigo Partners do.”

The announcement sent Airbus’ share price soaring, rising by more than 3.0 percent to 86.09 euros in a generally softer market. It gave up some of its gains, showing a gain of 1.7 percent in afternoon trading in Paris.

Airbus’s Fabrice Bergier told AFP at the Dubai Air Show, where the announcement was made, that the contract was a “new sign of confidence” in the European planemaker’s jets.

“It’s an overwhelming success for Airbus and its A320 aircraft,” he said.

The order is for 273 A320neos and 157 A321neos, the revamped and more fuel efficient version of Airbus’s most popular single aisle passenger jet, the A320.

Indigo Partners’ found and chief Bill Franke said the deal “underscores our optimistic view of the growth potential of our family of low-cost airlines,” Frontier Airlines of the US, JetSMART of Chile, Volaris of Mexico, and Wizz Air of Hungary.

The final amount of the contract was not revealed, since it is customary for aircraft manufacturers to grant rebates on the list price, depending on the volume of the order.

But the contract will more than double Airbus’s current order book for this year, which had stood at 288 planes at the end of October.

It will also place Airbus, with a total 718 orders this year, ahead of its arch-rival Boeing which has 605 orders.

It will bring the total number of orders for the A320 to more than 13,700 since the aircraft went into service in 1988, making it one of the best-selling planes in aviation history.

Airbus’s total order book should now increase to more than 7,000, giving it enough work for around nine years at the current rate of production.

The A320neo and A321neo jets feature new generation engines that use 15 percent less fuel compared to their peers.

The total number of orders for A320neos since the aircraft was launched in 2010 now stands at more than 5,500.

Boeing Co reached a preliminary deal for 175 of its 737 MAX jets with flydubai on Wednesday, potentially committing the budget airline’s fleet to the US planemaker for another decade.

The Dubai-based carrier wants more than 50 of Boeing’s largest narrowbody jet, the 737-10, as well as to-be-determined numbers of its 737-9s and 737-8s, Boeing said in a statement at the Dubai Airshow.

Reuters had reported that Boeing was close to reaching a deal with flydubai for 175 737 MAX jets.

It is flydubai’s third aircraft deal. It agreed to buy 75 737-8 MAX aircraft at the Dubai Airshow four years ago.

“We try to grow as fast as we want,” Chief Executive Ghaith al-Ghaith told reporters.

Delivery of flydubai’s 175 planes will begin in 2019 and be spread across 10 years with some overlap with the delivery of its 2013 order, al-Ghaith said.

The current fleet of flydubai, which started flights in 2009, is all Boeing. It currently only operates 737-8s.

The provisional deal is worth $27 billion, including purchasing options for an additional 50 planes.

Al-Ghaith told Reuters the airline was interested in the new mid-sized jet that Boeing is studying whether to develop, but that it had not been discussed during the 737 negotiations.

Boeing is looking at potentially filling a market gap between narrow and widebody jets with a new aircraft that could seat 220 to 270 passengers.

Boeing Commercial Airplanes Chief Executive Kevin McAllister told the news conference that flydubai’s 737 commitment would be good for jobs in the United States and in the Middle East.

Gulf customers are keen to stress the importance of their orders for US jobs as they are locked in a trade dispute with three major American carriers.

Sheikh Ahmed said the airline had picked the 737s after also looking at Airbus’ similar-sized A320s, echoing comments he made this week in his role as Emirates chairman when he said the 787 had been chosen over the Airbus A350. 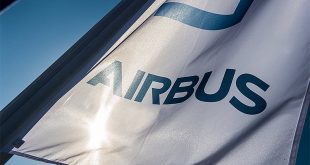 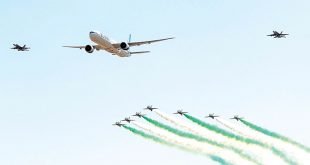