Accumulation of garbage? No crisis situation under control

KUWAIT CITY, Oct 14: Accumulation of garbage in some areas of Kuwait has been clearly visible all around. This is due to the change of operation of new companies said Meshaal Al-Azmi Director of the Department of Hygiene in the municipality branch reports Al Rai.

He further said that this kind of hiccup generally occurs when new company takes over the area but later the operation of collection of garbage moves on smoothly.

The sources said that situation is well under control, especially since it has been only two days since the beginning of the work of the new contracts, and that most of what is published on social media pictures and videos is a collection of commercial garbage, and not in private housing areas.

He further stated that “There are commercial containers for malls and shops, and there are containers for household garbage.” He called on citizens and residents to support the inspectors of the municipality, so that there remains a cooperation, and the departments deal with complaints without any failure.

He added that the new cleaning companies have nothing to do with the congestion in the yards opposite the commercial complexes, especially the containers belonging to them. Therefore, it is not possible to generalize the matter to the residential areas and make accusations of negligence, stressing that what is rumored about the existence of a crisis is incorrect, which are just individual cases in different places.

Share on:
WhatsApp
Share
Previous Vehicles in Omarya in no parking area without number plates
Next What next after Baqaiq … when will wars end ? 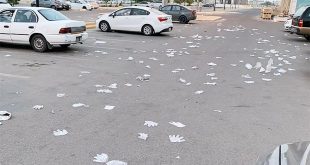 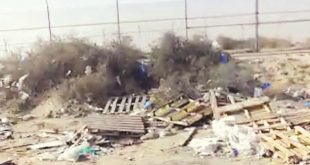