KUWAIT CITY, May 3: The Minister of Oil and Minister of Higher Education Dr. Muhammad Al-Faris revealed that the number of Kuwaiti employees appointed according to the project contract system in the Kuwait Petroleum Corporation (KPC) and its subsidiaries reached about 5,159, reports Al-Anba daily. He stressed that most of them, which is about 3,878 employees, are appointed in Kuwait Oil Company (KOC), followed by the Kuwait National Petroleum Company (KNPC) with 912 employees, Kuwait Gulf Oil Company (KGOC) with 161 employees, and the Kuwait Oil Tanker Company (KOTC) with 109 employees.

In response to a parliamentary question submitted by MP Saleh Al-Mutairi, Dr. Al-Faris explained that KPC is seeking to raise the royalty rate of the company for project contracts in the oil sector. It was decided to raise the Kuwaitization rate to 30 percent. Executive regulations were issued regarding national employment in project contracts of the oil sector that provide them with benefits, and strive to achieve the principle of equal opportunities for all national cadres who meet the conditions and requirements for filling vacant jobs. 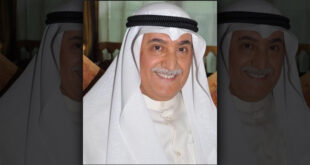