KUWAIT CITY, Sept 13: The Director of the Air Customs Department Mutlaq Al-Enezi said 8 kilos of hashish and a kilo and a half cocaine have been seized, reports Al-Anba daily. The daily said the parcel was addressed in the name of an unidentified person from an unidentified European country. The contraband was neatly packet inside jackets and other personal items.

The daily added, the contraband has been seized and police are looking for the person to whom the parcel was addressed. Meanwhile, Personnel from the Directorate-General for Drugs Control have arrested three bedouns for possessing drugs, unlicensed gun, reports Al-Rai daily.

The Public Relations and Security Media Department of the Ministry of Interior stated that “the Criminal Security Sector represented seized the gang and during interrogation they admitted to selling the drugs across the country. The officers seized from the men about one kilo of shabu, 300 Lyrica tablets, an unlicensed firearm and an electronic sensitive scale. The suspects have been referred to the concerned authorities. 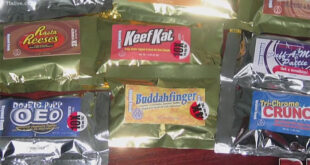 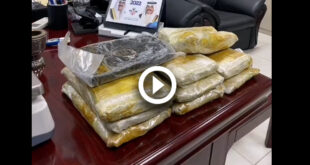 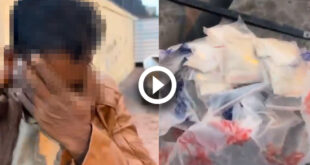 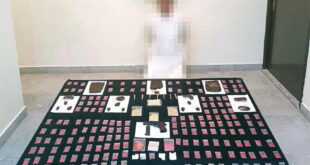 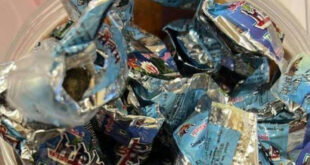 This post has been read 9018 times! KUWAIT CITY, Nov 2: An Asian passenger was …