Marijuana seized on airport from a Bangladeshi

KUWAIT CITY, Jan 19: An Bangladeshi expatriate was arrested at Kuwait International Airport for attempting to smuggle marijuana into the country. According to security sources, the customs officers of Kuwait International Airport checked the luggage of the passenger, who had arrived in Kuwait from his country through another GCC country, and found one kilogram of marijuana hidden among tamarind.

Cable thieves held: Personnel from the Criminal Investigations Department have arrested two expatriates for stealing copper cables from various facilities belonging to the Ministry of Electricity and Water, says a press release issued by the Ministry of Interior. The press release said detectives raided a store in Amghara and confiscated 25 tons of two containers load of copper and handed over the suspects to the concerned authorities. 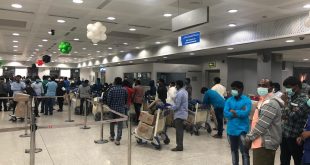