KUWAIT CITY, May 23: A total of 78 undocumented Overseas Filipino Workers (OFWs) in Kuwait were repatriated on Tuesday to the Philippines on board the Gulf Air as part of the ongoing mass repatriation of overstaying Filipinos under the Assisted Voluntary Repatriation Program (AVRP) by the Kuwait government in cooperation with the Philippine Embassy in Kuwait.

The Assisted Voluntary Repatriation Program, a mutual agreement signed between the Kuwait government and the Philippine Embassy in Kuwait seeks to address the rising number of illegal expatriates in Kuwait.

This is actually the resumption of the assisted voluntary repatriation. Thank you for this continuing program and for helping the embassy in implementing this Assisted Voluntary Repatriation Program successfully,” stated Head of the Assistance to Nationals Unit at the Philippine Embassy Vice Consul Charleson Hermosura who was at the Kuwait International Airport together with Kuwait Immigration officials to assist the repatriates at the airport check-in counter.

Philippine Ambassador Renato Pedro Villa was also at the airport along with other embassy staff to ensure that all the travel documents and luggage of the repatriates were in order. Most of the undocumented OFWs worked as Household Service Workers (HSWs) who left their employers after experiencing various forms of maltreatment such as physical, verbal or sexual abuse, non-payment of salaries, lack of food and overwork.

The repatriates thanked the Kuwait government and the Philippine Embassy for processing all their travel documents. “Thank you very much to the Philippine Embassy and the Kuwaiti government for helping us go home. We’re very happy,” stated Janet, not her real name. “I don’t have iqama for five years. It’s very difficult. You’re always on the lookout and it’s traumatic every time you see some police. You’re afraid that they might catch you and detain you,” shared Aida, not her real name.

Some of the repatriates told the Bureau that they will try to apply for work again overseas while others have decided to stay in the Philippines upon their return and be with their family. “I’m just happy to be with my kids. I still don’t know if I’ll work abroad again, my kids need me more,” stated Ella, a single mother who expressed excitement to see her three kids in the Philippines.

The repatriation with no detention under the AVRP continues, hence, the Philippine Embassy urged all undocumented OFWs in Kuwait to take advantage of this and go home to the Philippines. “All those who want to go home may enlist at the embassy shelter in Al Siddeeq area for the processing of their travel documents and clearance and we will do all our best to help them,” stated Hermosura.

Share
Previous 3 tons of expired food products seized; Citizen stabbed in the back in Fahaheel fight
Next Kuwait says ‘no’ to Sudan-Syrians – 10 apply to change status 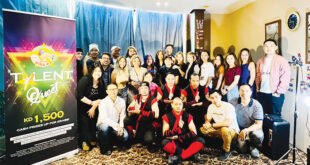 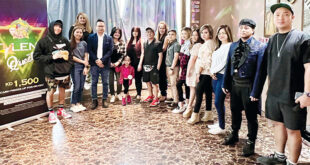 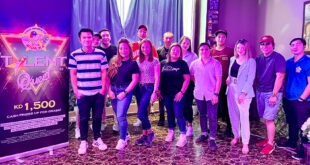 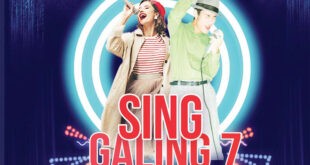 This post has been read 8152 times!KUWAIT CITY, Oct 28: The Advocates and Keepers Organization …