78% employees in the META region say that robots should be more widely used in production, but fear robot hacking

KUWAIT CITY, Nov 29: According to Kaspersky research, employees in the META region believe that the better robots become at different tasks, the fewer jobs will remain for humans. The majority of employees (78%) believe that robots should be more widely used across different industries, however, many fear robot hacking.

Today robotics are used together with industrial control systems and other information technology to handle production processes, replacing manual labor and improving efficiency, speed, quality and performance. Kaspersky conducted a study to learn the opinion of employees of manufacturing companies and other large organizations around the world about the consequences of automation and increased use of robots. The goal was to see what employees think about the security of robots and automated systems in their companies. The survey included respondents from Saudi Arabia, UAE, Turkey, Egypt, and South Africa.

Employees reported increase in robotization level in their companies over the last 2 years. 36% employees said their organizations already use robots, 41% of organizations plan to use them in near future
Research showed that people expect job loss because of robotization. The better robots become at different tasks, the fewer jobs will remain for humans. The majority of employees across the META region (92%) believe robots will eventually replace humans in their industry. As robots are advancing in all market sectors, humans need to receive new knowledge and skills not to lose their job to robots. And they are ready to do so: among those who think that their jobs could be replaced by robots, the majority (71%) are willing to learn new skills or improve their existing skills and expertise.

At the same time, many employees remain optimistic in view of robots taking away jobs. They think robot adoption will make humans’ roles safer and intellect-demanding, along with increasing the efficiency of production. 68% believe that enough new jobs will be created to counter the loss of jobs to robots. More jobs will emerge for programmers, data scientists, and engineers – these people will drive robot adoption in the years to come.

Another important finding was that cybersecurity risks increase because of robotization. The majority of respondents (90%) believe that robots can get hacked, and 65% know of such incidents in their company or other local companies. Respondents split in their assessment of how protected robots are: almost half of employees in the META region (40%) believe that not enough cybersecurity measures are in place to protect the robots in different industries.

“More and more tasks are done by robots, and they are potentially vulnerable to cyberthreats. Kaspersky sees its mission in ensuring that cybersecurity remains at the forefront of robot technology adoption, helping to tackle the challenges and capitalize on the opportunities that robotization presents,” comments Emad Haffar, Head of Technical Experts at Kaspersky. “In our research, we asked the respondents to judge not only how convenient and efficient robots are to use in production, but also how safe they are. It turned out that many employees believe that using robots causes risks. Robots are going to become the prime vector for cyberattacks in the coming years, and they need protection here and now. Before one integrates robots into production, one needs to guarantee network intrusion robustness and overall network security. It’s also important to ensure protection of robotic controllers, automation systems, and supply chains. Dedicated solutions like Kaspersky Industrial CyberSecurity may become an efficient assistant for protecting robotics in production.”

To keep your industrial computer systems protected from various threats, Kaspersky experts recommend:
• Conducting regular security assessments of OT systems to identify and eliminate possible cyber security issues.
• Establishing continuous vulnerability assessment and triage as a basement for effective vulnerability management process. Dedicated solutions like Kaspersky Industrial CyberSecurity may become an efficient assistant and a source of unique actionable information, not fully available in public.
• Performing timely updates for the key components of the enterprise’s OT network; applying security fixes and patches or implementing compensating measures as soon as it is technically possible is crucial for preventing a major incident that might cost millions due to the interruption of the production process.
• Using Industrial EDR solutions such as Kaspersky Industrial Cybersecurity for Nodes with EDR for timely detection of sophisticated threats, investigation, and effective remediation of incidents.
• Improving the response to new and advanced malicious techniques by building and strengthening your teams’ incident prevention, detection, and response skills. Dedicated OT security trainings for IT security teams and OT personnel is one of the key measures helping to achieve this. 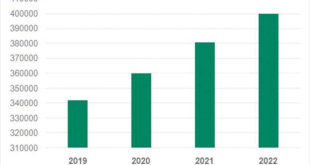 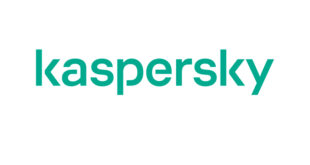 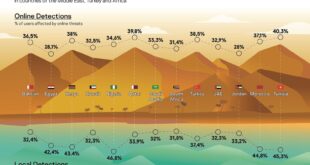