KUWAIT CITY, March 17: Minister of Health Dr. Khaled Al- Saeed said on Wednesday that the State of Kuwait has achieved high success rates in the field of kidney transplantation, exceeding 95 percent, noting the preventive and curative services provided in accordance with international standards for more than 2,300 dialysis cases. During the opening of the activities of the 15th conference of the Arab Society for Kidney Treatment and Transplantation, which lasts for four days, Al-Saeed added that the country witnessed, during 2020, 62 kidney transplant operations were performed, noting that the advanced services provided in this important specialty within the health system embody the extent of commitment to health-related priorities and goals within the national goals for sustainable development.

He stressed the commitment to achieving the highest levels of quality in the field of health care, as it is the main driver of comprehensive development, which the Ministry of Health aspires to in order to achieve its comprehensive goals and objectives and to follow up on its ambitious programs according to appropriate scientific indicators. In response to a press question after the opening of the conference about the fourth dose of vaccines against the COVID-19, the Minister of Health said, “We have not thought about this matter yet,” calling on citizens and residents to receive the (third) booster dose to enhance community protection.

For his part, the President of the Conference, Vice-President of the Arab Society of Nephrology, Dr. Turki Al-Otaibi, said in a similar speech that the conference, which witnesses wide Arab and foreign participation, is one of the most prominent forms of Arab medical and health cooperation and has achieved, over its previous sessions, successes that cannot be overlooked in the field of scientific research in kidney diseases and transplantation. Al-Otaibi noted the efforts of the State of Kuwait in providing health care to kidney patients, as it is one of the first countries in the region to develop a program for its transplantation in 1979, which was developed to coincide with the opening of the Hamed Al-Issa Center for Organ Transplantation in 1986.

He explained that “dialysis” began in 1976, and its service centers expanded to cover all regions, in addition to the presence of kidney centers in all hospitals of the country, which are full of distinguished medical cadres and equipped with the latest devices and technologies to provide care according to the highest quality standards. In turn, the President of the Arab Society of Kidney Diseases and Transplantation, Professor Tariq Al- Baz, said in a similar speech that the conference, which is being held for the first time in the State of Kuwait, provides an opportunity to see the extent of medical progress taking place locally in various aspects of health care.

Al-Baz stressed the keenness to support scientific activities in all Arab countries and participate in conferences to complement the enlightened vision of the pioneering generation of founders of the association, which has achieved unprecedented achievements in the Arab region. He pointed to the establishment of the association’s fellowship program in kidney transplantation by distance learning, which accommodates all support specialties and urology surgeons, for a period of two years, explaining that expansion will be made to accommodate liver transplantation, as well as a fellowship of the association in scientific writing. , (KUNA)

200 need dialysis or transplant in Kuwait – Numbers have doubled 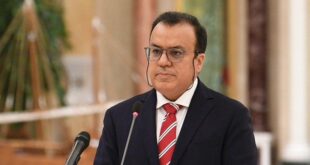 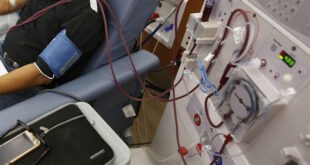 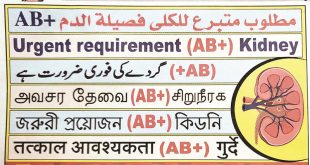 This post has been read 10676 times! KUWAIT CITY, March 16: Head of Kuwait Nephrology …