KUWAIT CITY, Jan 10: According to reliable sources, the conditions for the Amiri Pardon for the current year 2021 include about 600 prisoners convicted in various cases. Among them, about 120 prisoners will be released in early February, and the rest will enjoy either reduction of penalty or the dropping of fines, reports Al-Qabas daily.

They explained that the conditions of the Amiri Pardon do not include cases related to State Security, wastage of public funds, and money laundering. Reports that circulated on some social media sites about the inclusion of the names of convicts involved in the case known as the “Interior Hospitality” case in the amnesty is untrue.

The committee responsible for vetting the lists of the Amiri Pardons in the Ministry of Interior, with the cooperation of other relevant authorities, has finished selecting the names of those covered by the Amiri Pardon, based on the rules and regulations in force for the current year.

After presenting them to the Minister of Interior Sheikh Thamer Al-Ali and the Undersecretary of the ministry Lieutenant General Essam Al-Naham, the names will be sent to the Amiri Diwan by the end of January for verification, approval, and the issuance of an Amiri Decree, in coordination with the Public Prosecution, which will review the statements and ensure that the inmates in the list are in compliance with the conditions and controls specified according to the organizing regulations.

The sources indicated that the expatriates who will be released and who are of several Arab and Asian nationalities will be deported to their countries immediately, stressing the keenness of Kuwait to devote to human rights and rehabilitate the inmates and reform them for a good life.

They said the release of those covered by the Amiri pardon will create a new environment inside the prison that is consistent with the health and security conditions sought by the security leaders, and will reduce the number of inmates in the cells.

The sources indicated that all those who will be released are those who are serving their sentences inside the correctional institutions, and are known to have good behavior, in order to give them the opportunity to return to the society and work on contributing to building their country.

It is worth mentioning that the amnesty rules in the year 2020 included amnesty for the remainder of the freedom-restricting sentence, its reduction, or the fine imposed on 2,370 inmates in prisons, as 958 prisoners were immediately released in accordance with the rules and regulations in force in the correctional institutions, and the rest had either their sentences or fines reduced.

The year 2019 witnessed the immediate release and reduction of sentences of 706 prisoners through the Amiri pardon. 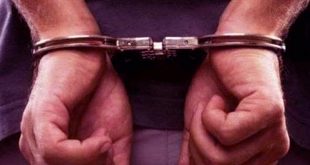 ‘Don’t cuff prisoner when in court’