KUWAIT CITY, July 31: Five soldiers at Camp Arifjan were found to be infected with salmonella recently, reports armytimes.com. Some of the staff assigned at the base, which is considered home for about 14,700 military, civilian and contract personnel, exhibited food poisoning symptoms from July 15- 19, says the Army Central Command spokeswoman, “but only five tested positive for salmonella,” she added. “As a proactive safety measure, the command ordered all dining and medical facilities to be inspected and personnel given refresher training for public sanitation requirements and food handling and preparation procedures from July 17-23, 2018,” Colonel Angela Funaro told the Army Times.

Salmonella is a food-borne illness that causes gastrointestinal discomfort or distress, which is spread by animal feces residue on meat, poultry, eggs and other foods. Adequate cooking and handwashing while handling food are the top ways to prevent infection.

Five soldiers seems low to Margie Tolbert, who reached out to Army Times after a family member deployed to Camp Arifjan told her about the situation. “I am told that the number of ‘unconfirmed cases’ printed in the morning report at the installation were significantly higher … possibly as many as 40,” she said. “It seems that the US Army Medical Command (MEDCOM) stopped testing for salmonella and just treated symptoms to keep the reporting numbers low.”

No new cases have been reported since July 19, Funaro said, though authorities are still working on the issue. “During a complete inspection, preventive medicine has not located a food source for the salmonella cases linked to any dining facility, but their inspections and assessments are ongoing,” she disclosed. It is possible that the salmonella originated from vendors or prepackaged foods sold at exchanges, she added. 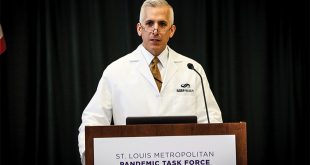 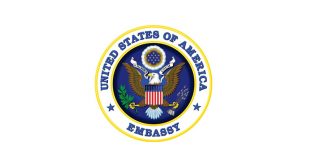 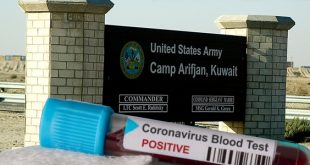 KUWAIT CITY, Oct 10: A series of ‘significant’ and potentially dangerous problems with electrical and …