4 workers injured in a roof collapse

KUWAIT CITY, Nov 26: Four workers were injured when the roof of a house under construction collapsed in Omariya while pouring concrete, reports Al-Rai daily. Acting on information firemen rushed to the spot and rescued an Arab worker who was trapped under the rubble causing him severe injuries. The other workers involved in the incident are believed to be Asians and their injuries are believed to be minor. 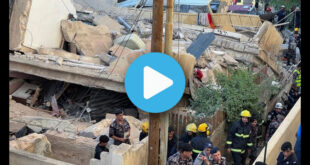