Ambassador Al-Bader, in an interview with the “Diplomat Magazine,” published in Berlin, said the Kuwaiti businesses in German top its investments in Europe; a fact that reflects depth of bilateral relations between the two countries. Kuwait is the number-one Arab investor in Germany, he has added, affirming the two countries’ keenness on maintaining this deep-rooted economic partnership.

He cited as an example Kuwait’s investments in the German conglomerate Daimler for cars industries since more than 40 years ago. Kuwait maintains significant ties with the European bloc as a whole. Moreover, it has been hosting since 2017 the first regional center for the North Atlantic Treaty Organization (NATO), in line with the Istanbul Initiative for cooperation launched by the alliance in 2014. The center is specialized in strategic analysis, planning for civil emergencies and military cooperation.

Share
Previous Annual cost of bringing Doctors, Nurses and Technicians to new hospitals amounts to KD 32.16 million
Next ‘Memory of invasion chance for us to remember duty to nation’ 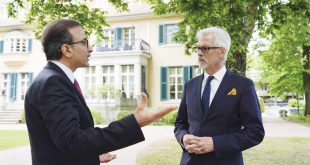 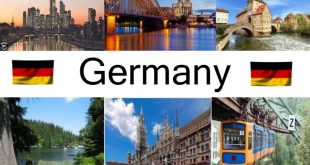