2nd phase of repatriating Kuwaiti citizens in US begins

WASHINGTON, April 22: The first plane repatriating Kuwaiti citizens had left John F. Kenney Airport in New York on Wednesday, the second phase of a Kuwaiti government plan to bring back nationals amidst spread of coronavirus.

Buses transported Kuwaiti citizens from Washington D.C. to New York where they would repatriated on board Kuwait Airways planes.
“The second phase of repatriation of citizens has begun following tremendous efforts by multiple Kuwaiti authorities in Kuwait or in the US,” Kuwait Ambassador in Washington Sheikh Salem Abdullah Al-Sabah told KUNA.

This phase, said Sheikh Salem, would last for few days and the citizens would be flying back home from JFK Airport.
Sheikh Salem said Kuwaiti students would be repatriated, in the 3rd phase, via direct flights from different US cities. “I will announce the details of the students’ repatriation in the next few days,” he added.
Sheikh Salem thanked the citizens who were patient and understanding of the exceptional circumstances.(KUNA)

9 deaths and 889 new infection from coronavirus 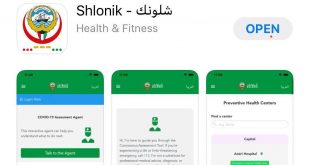 About half a mln people benefited from ‘Shlonik’