Al-Essa pointed out that most of the employees are non-Kuwaitis and had not been sent on scholarships either by the university or the Public Authority for Applied Education and Training.

Meanwhile Farwaniya securitymen arrested 42 individuals, seized 11 vehicles and issued 70 traffi c citations during an intensive security crackdown on Mohammad bin Al- Qasim and Khaitan areas. The crackdown was held based on instructions from Acting Assistant Undersecretary for Public Security Affairs Major General Ibrahim Al-Tarrah. Out of the arrested individuals, 20 are expatriates of different nationalities who violated the residency law, 17 did not have their civil IDs and fi ve are wanted by law for their involvement in fi nancial cases. Security sources affi rmed that such security campaigns will be held in all governorates for ensuring the security and safety of Kuwaiti citizens and expatriates in Kuwait 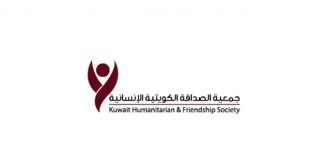