2 Filipinos, 2 Bedouns and a Kuwaiti get life-terms for human trafficking of 39 Filipinas and forcing them in prostitution

KUWAIT CITY, Nov 29: The Court of Appeals chaired by Judge Nasser Salem Al-Hayed referred a Kuwaiti man on death row for psychiatric analysis to ascertain his level of sanity. The same court has fixed Dec 12 for judgment in a case involving human trafficking, sexual violation, and operation of a prostitution ring against a health club.

The court since refused request to release the suspects. The Public Prosecution Department accused two Filipinos, two Bedouns and a Kuwaiti man of human trafficking. They allegedly recruited 39 Filipinas whom they forced into prostitution at some health clubs in return for money. The Criminal Court acquitted the Kuwaiti man and sentenced others to life imprisonment.

In a separate case, the Criminal Court nullified the sentence on two Saudis for 10 years in prison in absentia with hard labor and KD8.7 million fine on the allegation of usury and money laundering. The court thereby acquitted the suspects. Defense Lawyer Yousef Al-Adwani had appealed the previous judgment, faulting procedures leading to the verdict. He argued that the court was misled in evidence and there was no concrete proof to indict his clients. 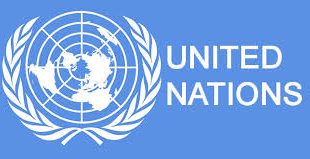 KUWAIT CITY, May 19: The Court of Appeals cancelled the decision of a lower court, …