KUWAIT CITY, May 30, Kuwait National Petroleum Company announced 18 of its gas stations will during the first stage of return to normal life in Kuwait.

The company said in a statement that all of its stations will operate from 6 am to 6 pm in line with the government’s decision to amend curfew hours in the country from tomorrow, Sunday. 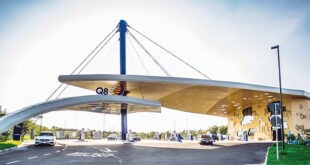 KPC to provide all stations with necessary fuel