KUWAIT CITY, Nov 11: The Public Prosecutor from the Capital Governorate has charged an unidentified mother with felony for beating her 12-year-old daughter and driving her out of the family house and refusing to take her in, reports Al-Anba daily. When she was found wandering around a waterfront for a long time by the securitymen who received a report from an unidentified person, police took her to the house but her mother refused to accept her and ask police to contact the girl’s father saying she was no longer able to control her.

The girl clearly bore signs of beating and police asked her what happened, she said it is the mother who beat her and kicked her out of the house. Initially she did not provide the police her real name but after stressing to know her real name, she caved in and gave police the address of her house and the correct name. When the mother was contacted she admitted to beating her but said she does not want to take in the house. The daily did not give more details. 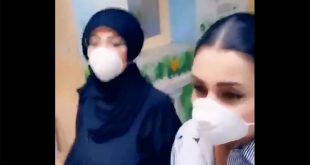