KUWAIT CITY, Nov 29: The Director of the Travel Documents Department, Colonel Abdullah Al-Amhoj, announced since the launch of the self-service project for the delivery of passports to citizens, which started nearly two weeks ago, 10,000 passports have been issued through the electronic devices placed at the national identity centers – for transactions that are submitted online, reports Al- Anba daily. Colonel Al-Amhoj said this year nearly 30,000 passports-related transactions were received “online”, and added transactions submitted “online” makes it easier for citizens to complete paper work without any routine or requesting documents. Al-Amhoj the Ministry of Interior serves citizens and residents and facilitate the completion of transactions, stressing that the General Administration of Nationality and Travel Documents keeps pace with development by providing passport devices, which have contributed significantly to reducing congestion, especially during summer period, when requests for passport renewal always increase.

Unprinted
Al-Amhoj indicated that the passport exchange machines do not have unprinted passports inside them. They only facilitate the process of submitting the application online or through the same device that is distributed in the national identity centers, and the applicant receives the new passport after two days by inserting the civil ID card in the device or by fingerprinting. The device reads the information and then issues the passport within seconds. Colonel Al-Amhoj said that the machines accommodate nearly a thousand passport request transactions and stressed the next plan is to increase the number of machines and place them in other locations such as markets, shopping centers and at the airport. For his part, the Assistant Director of the Travel Documents Department, Colonel Muhammad Salem Al-Khudair, confirmed that all employees of the General Department of Nationality and Travel Documents work as one team to implement the policy of the Ministry of Interior to serve citizens, receive and complete transactions “online” without the need to go to departments and submit transactions manually. 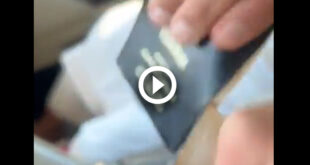 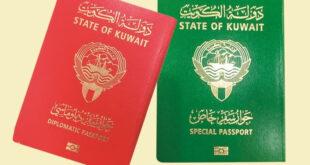