KUWAIT CITY, Oct 30: A year after the transfer of millions of used tires from the South Saad Al-Abdullah area to the recycling factories in Al-Salmi, companies working in the field of tire recycling and transporting under the supervision of the Environment Public Authority were able to cut them and export them, in a way that enabled them to benefit from them and reduce the damage caused to the environment, reports Al-Qabas daily. The EPA transferred, until August 2021, about 42 million tires that had accumulated over 17 years in a rural area.

The factory’s production capacity per year is estimated at one and a half million tires, and it can be raised to 4.5 million tires per year soon, in the event of continuous operation and the introduction of auxiliary equipment, say sources. Regarding participation in the celebration held by the United Nations recently at Kuwait University under the slogan “Youth Leading Ambition for Climate Action,” an unidentified EPA official said Kuwait is in the process of establishing a factory to produce organic and environmentally friendly ethanol, in addition to the desired economic benefit to the country, due to the characterization of this industry from the ability to put Kuwait in an advanced rank among the regional countries exporting the substance.

The sources said such projects are “economically feasible, based on sustainable development and reliance on renewable energy. The organic ethanol plant is an economic project and a Kuwaiti edifice that contributes to raising the country’s national income, revive its environmentally friendly exports, and supports and provides jobs for national cadres.” 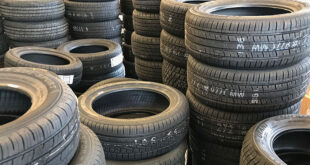 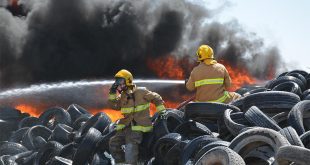 This post has been read 23258 times! KUWAIT CITY, April 28: The Environment Public Authority …