KUWAIT CITY, July 16: The post of former minister of Education Dr Ahmed Al-Mulaifion his Twitter account in which he said a laborer of a fuel station receives a monthly salary of KD 40 went viral on social media and attracted wide reactions from Twitter users.

Several questions were raised about the contracts signed with the laborers who work at fuel stations. The relevant department of Public Authority for Manpower (PAM) received requests for information in this regard, reports Al-Qabas daily.

Informed sources denied that the monthly salary of a gas station worker is KD 40. They explained that the PAM, based on its law, rejects any contract with salary less than KD 75, as this is the minimum salary for workers of private and oil sectors as per a ministerial decision.

The daily then conducted a field tour to investigate the truth behind the salaries of fuel station workers. It was discovered that the salaries vary from KD 40 to KD 100. They are not paid in cash but are deposited in the bank accounts of the workers after deducting the housing allowance, transportation costs and costs of the daily meals they receive.

This means the labor receives only a small amount in the end. The daily also discovered that most of the workers depend on the tips given to them by some customers. They are obligated to work during the hottest times of the day when temperatures reach 50 degrees Centigrade.

Sources from PAM affirmed that Kuwait law that bans workers from working outside in the heat during the hours from 11 am to 4 pm are not applicable to workers in fuel stations, as they work under shade. 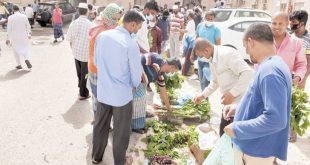 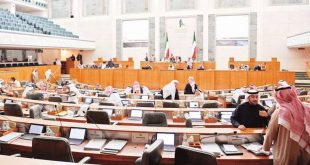 KUWAIT CITY, April 29: The interruption of work in government departments due to the “corona …