Al-Hajri said in a statement to KUNA that he started his seventh volunteering trip to Al-Amal hospital on Tuesday and was able to examine more than 100 patients and made operations to 12 people with complications in urethral delivery system.

The trip, which lasts for three days, includes training of Syrian doctors working at the hospital on such surgeries, he added. The Kuwaiti surgeon has made more than 60 operations during his six previous trips, which started on November 2015 to Al-Amal hospital. The last trip was in May 2017.

Al-Rihaneya province is located on borders with Syria near (Bab Al-Hawa) cross point, with a population of 90,000 Turkish people while Syrian refugee population exceeds 130,000.

Turkish government allows injured Syrian refugees to cross into the Turkish region to get medical treatment at its hospitals at a rate of 20 cases per day. 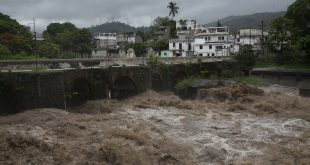 Municipality: List of shops & business which are allowed to operate

KUWAIT CITY, Jun 1: The Council of Ministers called on all spectrum’s of society to …