‘No sincerity in executing projects’

Al-Mehari criticized lack of seriousness of the executive apparatus in the Municipality and some government bodies over the failure to abide by structural plans of the state and delay in preparing it. He said the current council has re-established an essential part of the technical work by advancing initiatives that are essential to the country.

He cited the Kazma initiative presented at the first municipal conference where experts and decision-makers gathered, noting the follow-up of recommendations at the conference and preparations for the second conference will be announced soon. He declared the council adopted a proposal for the Heritage Village’s management to be transferred to SME Fund, so that young people would benefit from their projects.

Al-Mehari confirmed that bachelors now reside at private residential areas in Faiha, Nuzha, Mansouriya, Ishbiliya and Khaitan, and it’s necessary to fight the phenomenon in all residential areas across Kuwait, not only in the Capital and Farwaniya governorates 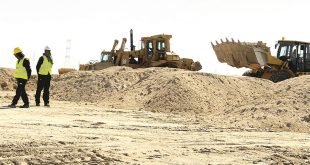