KUWAIT CITY, March 13: Kuwaiti shooter Talal Al-Terqi won on Sunday a bronze medal in the ISSF World Cup in Cyprus, said Kuwait Shooting Club. In a statement, the club’s secretary Obaid Al-Osaimi said that Al-Terqi was able to win after a strong competition with world champions to qualify to the final rounds, which include the top six shooters in the world. Al-Osaimi praised Al-Terqi’s performance in the Trap competition, as he is considered one of the best talents in Kuwait for his achievements locally and internationally. Meanwhile, Turkish Shooter Oguzhan Tuzun won gold, and Croatian Shooter Giovanni Cernogoraz won silver.

Meanwhile, His Highness the Amir of Kuwait Sheikh Nawaf Al-Ahmad Al- Jaber Al-Sabah Annual International Shooting Grand Prix will kick-start on March 20 with more than 200 shooters from around the globe taking part. The championship, to be held at Sheikh Sabah Al Ahmad. Olympic Shooting Complex, is an important juncture in the coming international and continental qualifiers for the Paris 2024 Olympic Games, Chairman of Kuwait Shooting Club Duaij Al-Otaibi told reporters on Saturday. “Thanks to the Sovereign patronage, the championship has become one of the world’s major sports events,” said Al- Otaibi, also heard of the organizing committee. “Promising Kuwaiti shooters, males and females, will be vying for titles in the skeet and trap events,” he noted, voicing hope that the Kuwaiti heroes will be to the podium and represent the country in the Paris Games. On his part, Secretary of Kuwait Shooting Club Obaid Al-Osaimy welcomed the participants from Arab region and beyond, wishing them good luck. Al-Osaimi, also director of the championship, expressed gratitude to the ministries and other state agencies, including the Public Authority for Sport, for their support to the championship.(KUNA) 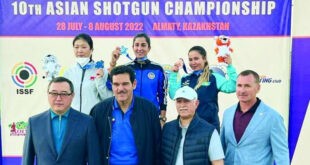 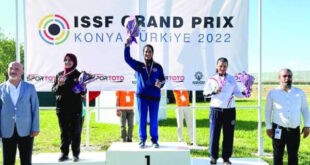 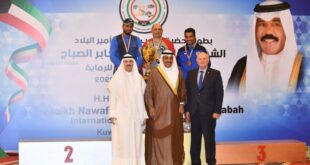 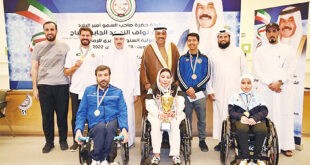 This post has been read 5240 times! 50-dish Trap competition to be launched as part …