KUWAIT CITY, Oct 3: End of service indeminity for non- Kuwaiti state employees have not been spared by the repercussions of the liquidity crisis that the country is suffering from, as these benefits are still facing challenges of delayed payment, reports Al-Qabas daily. Informed sources said, “In order for the Civil Service Commission to solve the crisis of providing liquidity for the disbursement of these payments, it requested the Ministry of Finance to transfer the budget covering the payments from it and distribute it to government agencies, and disburse it after the commission has been provided with its approval.

“The end-of-service benefits for expatriates, irrespective of whether their services were terminated in implementation of the Kuwaitization policy or they resigned from the government sector, have turned into a crisis point. “The periods of disbursing the amounts due them after the end of their service were extended for months due to lack of the necessary liquidity from the Ministry of Finance.”

Meanwhile, the Ministry of Finance circulated to government agencies the rules of the draft budget of the 2022/2023 fiscal year, and demanded that each entity estimate in its draft budget the amounts of end of service benefits for expatriates, and include them in the end-of-service compensation clause in each entity’s draft budget. In this context, sources warned against not taking this estimate of the amount of rewards as an excuse to obstruct the Kuwaitization efforts in government agencies, especially in light of reducing the authorities’ budget by ten percent. They stressed that the authorities must abide by the Kuwaitization decisions, even in light of the request of the Ministry of Finance to adhere to an estimate of the end of service benefits at the beginning of the fiscal year, and to set a ceiling for the number of those whose services have been terminated.

KPC allocates KD 1.53 bln as ‘indemnity’ for its employees 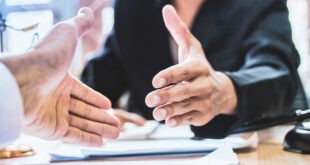